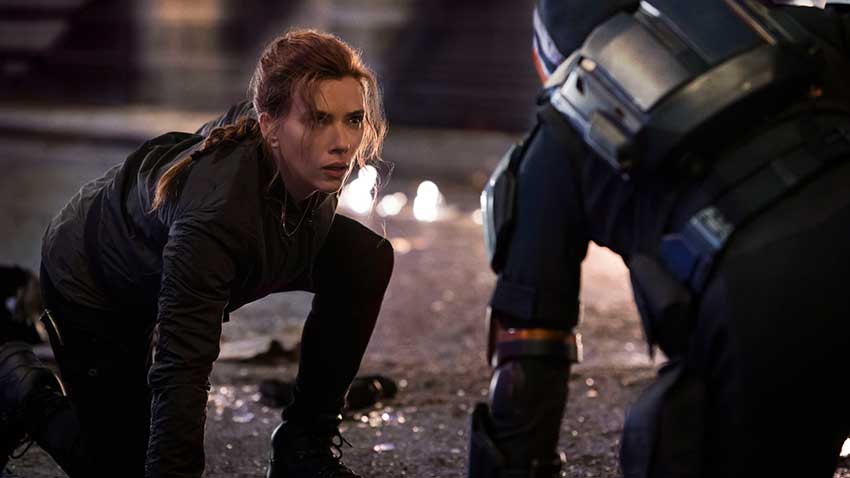 BLACK WIDOW earned the highest domestic box office since the pandemic began with an outstanding $80 million in revenue. Disney also released figures for the first time for Disney+ Premiere Access since it took in an impressive $60 million. With an international take of $78 million, the global sum was $215 million for the Marvel film. The gamble to delay the release from last year paid off.

The Disney press release also states that BLACK WIDOW also had the largest domestic opening weekend since December 2019 when STAR WARS EPISODE IX: THE RISE OF SKYWALKER was released.

Needless to say, Disney and Marvel are over the moon with the success of BLACK WIDOW. Read the press release below.

The film garnered several notable achievements in its opening weekend, including:

The combined theatrical and Disney+ Premier Access opening makes Black Widow the only film to surpass $100M in domestic consumer spend on opening weekend since the start of the pandemic.

It is the highest domestic opening weekend for a Marvel Cinematic Universe origin story after Black Panther and Captain Marvel.

“Once again, Marvel has delivered an exceptional film to the delight of fans worldwide with Black Widow achieving numerous milestones in the current marketplace,” said Kareem Daniel, Chairman, Disney Media and Entertainment Distribution. “Black Widow’s strong performance this weekend affirms our flexible distribution strategy of making franchise films available in theaters for a true cinematic experience and, as COVID concerns continue globally, providing choice to consumers who prefer to watch at home on Disney+.”

“It’s incredible to see audiences enjoying Black Widow after two years without a new Marvel Studios film, and this spectacular opening weekend shows just how eager fans have been to see this beloved Avenger in her own story. There’s no question it’s been worth the wait - Cate Shortland, Scarlett Johansson, and the Marvel Studios team have delivered an exceptional film that continues a legacy of creative excellence as the Marvel Cinematic Universe expands and enters a new era,” said Alan Bergman, Chairman, Disney Studios Content.

Marvel Studios continues its creative excellence across multiple parts of the Disney ecosystem. Black Widow follows the successful recent launches of the Disney+ original MCU series WandaVision, The Falcon and The Winter Soldier, and Loki as well as the June 4th opening of Avengers Campus, the all-new Land at Disney California Adventure Park. To date, Marvel fans have streamed nearly 3 billion hours of content on Disney+.

Natasha Romanoff aka Black Widow confronts the darker parts of her ledger when a dangerous conspiracy with ties to her past arises. Pursued by a force that will stop at nothing to bring her down, Natasha must deal with her history as a spy and the broken relationships left in her wake long before she became an Avenger. Joining Johansson in the new feature film are Florence Pugh as Yelena, David Harbour as Alexei/The Red Guardian, and Rachel Weisz as Melina. “Black Widow”—the first film in Phase Four of the Marvel Cinematic Universe—is directed by Cate Shortland and produced by Kevin Feige.

About The Walt Disney Company

The Walt Disney Company, together with its subsidiaries and affiliates, is a leading diversified international family entertainment and media enterprise that includes Disney Parks, Experiences and Products; Disney Media & Entertainment Distribution; and three content groups—Studios, General Entertainment and Sports--focused on developing and producing content for DTC, theatrical and linear platforms. Disney is a Dow 30 company and had annual revenues of $65.4 billion in its Fiscal Year 2020.