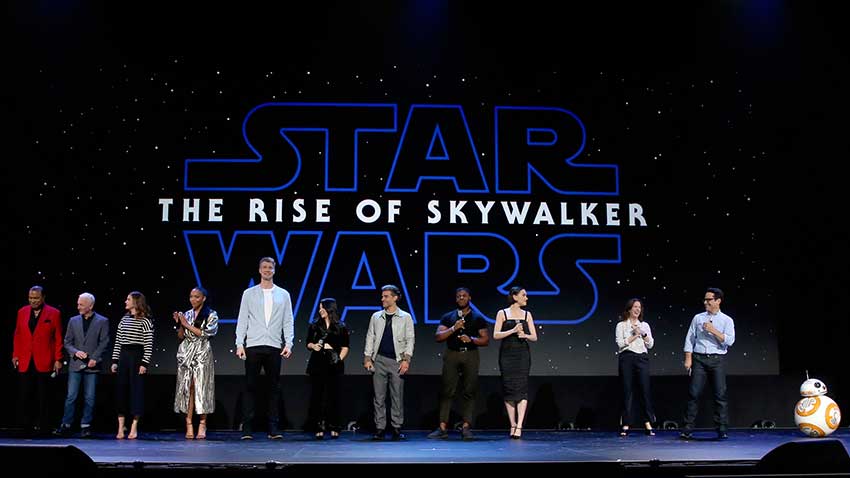 At Disney’s D23 Expo panel, JJ Abrams and Kathleen Kennedy dropped some STAR WARS: THE RISE OF THE SKYWALKER footage that has us reeling. In an exclusive trailer, the preview ends with Rey in a Sith cloak with glowing yellow eyes and she whips out a double-sided red lightsaber. What the heck? I break down the footage screened Saturday. We describe the footage in our video recap below.

A new poster was revealed featuring Rey and Kylo Ren in a lightsaber duel with a looming image of Emperor Palpatine in the background. The movie poster was handed out to the audience after the panel.

New footage was unveiled and the last image had STAR WARS fans tongue-tied and scratching their heads. Rey may be headed to the dark side or is she being possessed by the Emperor? The Emperor's eyes in the poster are the same color as Rey's eyes when she's donning a cloak and a double-sided red lightsaber indicating a possession is possible. Another possibility is the scene could be a dream sequence or nightmare depending on the character.

What do you think?