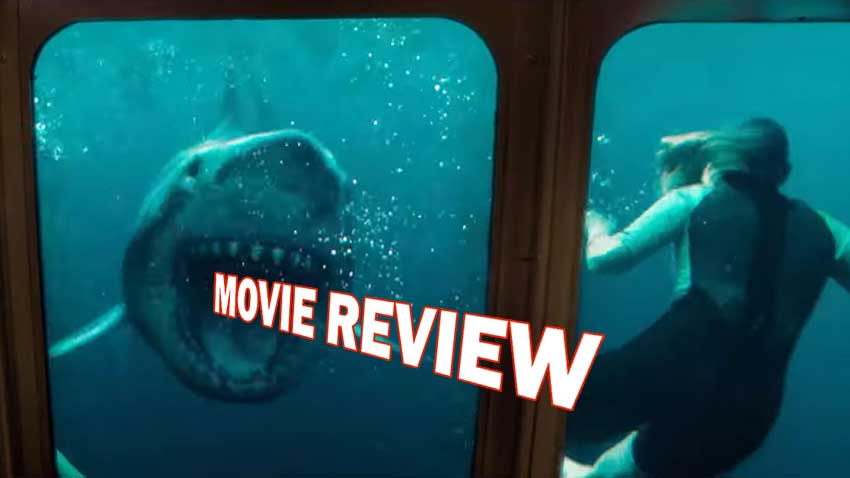 47 METERS DOWN: UNCAGED has more in common with Sharknado than its predecessor. The original 2017 film starring Mandy Moore was a non-stop anxiety fest, but its sequel is more worthy of a release on the SYFY Network rather than a movie theater experience. When your main characters aren't dying fast enough to end your misery, there's a huge problem.

47 METERS DOWN: UNCAGED is in movie theaters August 16. The movie takes place in Yucatan, Mexico where four thrill-seeking teen girls dive into a lost underwater city but they soon find out they are not alone in the cavernous ruins. As they swim deeper into the claustrophobic labyrinth of caves they enter the territory of the deadliest shark species in the ocean.

Watch: Actors Put Through Hell for '47 Meters Down: Uncaged'

For a movie whose setting is Mexico, there are no Latinos/Mexicans in front of the camera. There are dozen more things wrong with this follow-up. 47 METERS DOWN director Johannes Roberts returns to helm the sequel but he totally blew this second outing. See why in our movie review below.

The film stars relative unknowns, and features Nia Long and John Corbett in wasted roles. Sylvester Stallone and Jamie Foxx's daughters, Corinne Foxx and Sistine Rose Stallone make their acting debut as leads in UNCAGED, but unfortunately this movie didn't do them any favors.