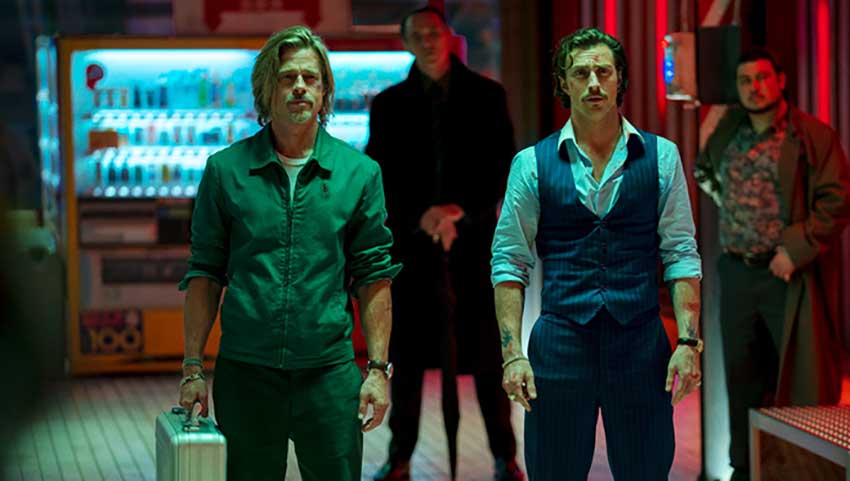 Pitt is a reformed assassin named Ladybug returning to work after re-evaluating his career choices, and he’s promised a non-violent mission to retrieve a suitcase off a Japanese bullet train. He encounters other assassins and fights them off in the high-speed locomotive. The film also stars Hiroyuki Sanada, Michael Shannon, Benito A Martínez Ocasio and Sandra Bullock.

BULLET TRAIN has tons of exposition but the lengthy conversations are quirky and fun so the extraneous dialogue isn’t a bore thanks to the witty delivery of the characters. Much of the banter fills us in about the characters and their backstory in bits and pieces. Sometimes we learn more in flashbacks. Due to that, the characters are fleshed out enough so the numerous characters don’t get lost in the shuffle.

Aaron Taylor Johnson and Brian Tyree Henry steal some of Brad Pitt’s thunder as an assassin team referred to as the “Twins” who speak in a cockney accent.  Aaron’s cockney is more on point than Brian‘s but it’s not an easy accent to adopt, just ask Brad Pitt when he attempted it for Guy Ritchie‘s SNATCH (2000). Aaron and Brian have great chemistry and their bromance is the heart of the film. Joey King’s young assassin character is also an interesting character in that we’ve never seen the actress play a villain role, although her Russian accent is uneven. 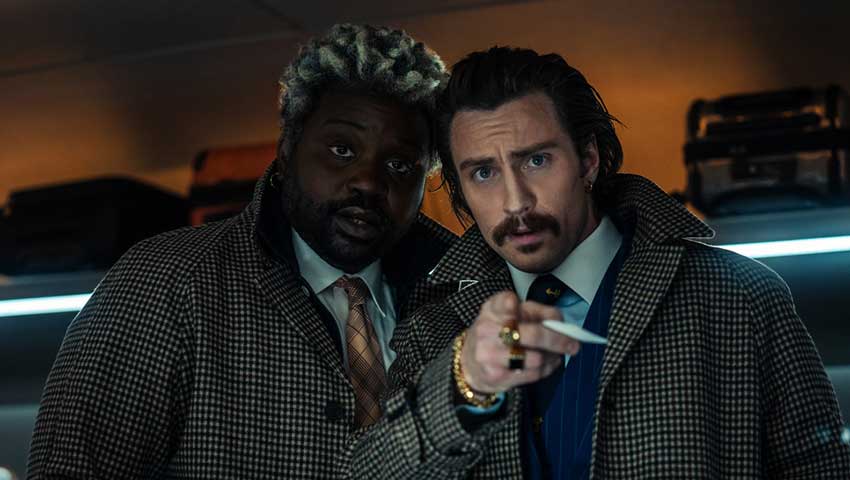 Speaking of Guy Ritchie, the first half of the film has a LOCK, STOCK AND TWO SMOKING BARRELS (1998) vibe with its witty dialogue and quirky action sequences. The fight sequences are practical mano-a-mano stunts like Leitch’s other work in JOHN WICK and ATOMIC BLONDE. The violence is very Quentin Tarantino in that there’s humor to the graphic bloodshed.

While the action may borrow from other movies and filmmakers, the confined space of the train offers a unique setting for the unhinged action. The production design of the individual train cars was unique and basked in bright colors and Japanese anime imagery.

There are times when you’ll have to suspend belief such as when the henchmen are free-standing on top of the moving, high-speed train. 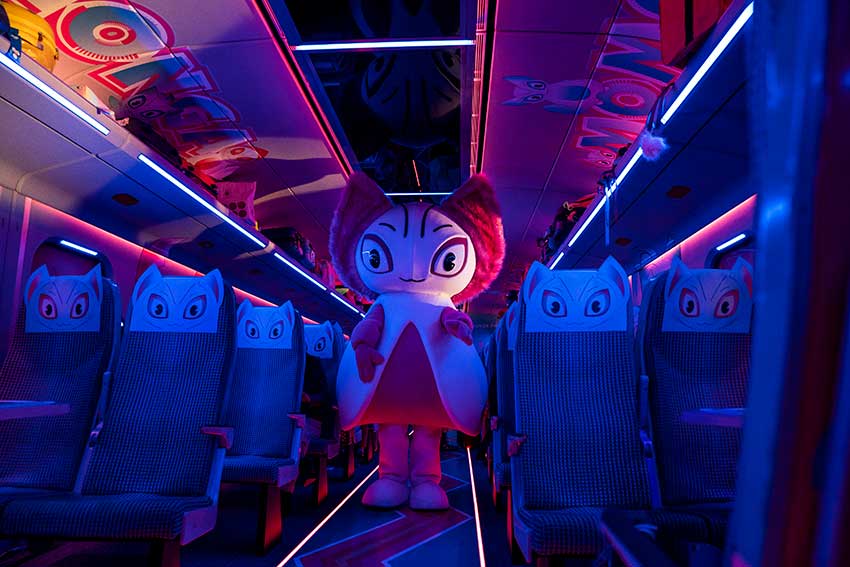 Some of the actors are wasted in terms of short screen time like The Boys’ Karen Fukuhara and others are killed off right away. Look out for surprise cameos which are a reunion of sorts for Pitt and recent costars.

BULLET TRAIN is a reunion for Pitt and the director. Before transitioning into directing, David Leitch was a stunt man and Pitt’s stunt double on THE FIGHT CLUB. Leitch knows how to shoot fight scenes and he brings a rawness to the rumble with long takes rather than cheating with editing cuts.

BULLET TRAIN is an enjoyable ride worth taking at the movie theater. The movie delivers laughs, thrills and insane action. Catch it in movie theaters on August 5.