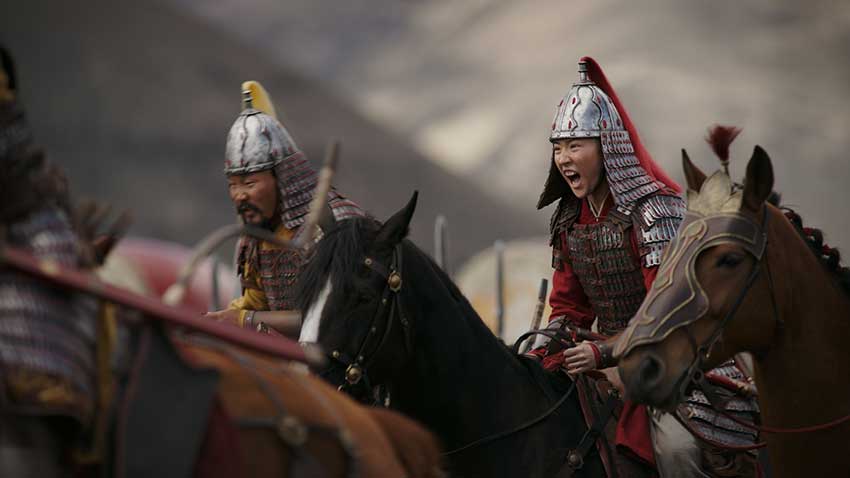 MULAN's cinematography is worthy of a big screen viewing but given the current pandemic, Disney made the right decision sending it to Disney+ as a premium access choice for families to enjoy. The live-action adaptation of the 1998 animated movie is a totally different vibe and tone with many changes. MULAN has it all - majestic landscapes, gorgeous costumes, a great cast and a great message for young girls.

The modern version is more politically correct than the original, but it has to be in this day and age. The cultural movie is more respectful of the Chinese traditions, and captures its beauty.

The film opens in a familiar fashion, but then it veers into different territory with a young version of Mulan. There is no grandma, and she has a sister. The hawk is now a shape-shifting witch played by Li Gong. There are no ancestors except for a phoenix in the shape of a kite-looking symbol that guides her in the face of danger.  The villain's motive is a different one. There are many recognizable scenes that fans will enjoy.

The tone is a different one. MULAN has a more serious nature although there's some lighter moments. There is no silliness like the original, and seems a lot more respectful of the Chinese culture without the buffoonery. I suspect adults will greatly enjoy it more than children although Mulan is a great role model for young girls especially those who feel like they don't fit the expectations of their own situations. 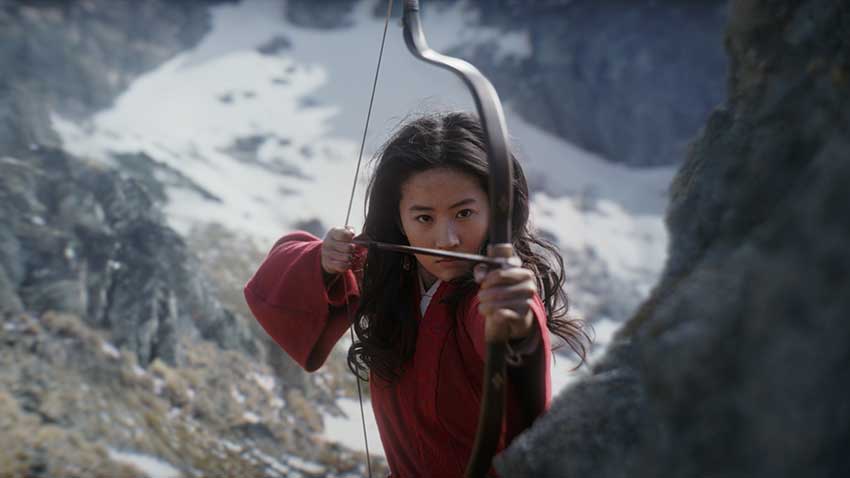 For some reason, I expected spectacular battles which don't ensue. However, Mulan shows her skills as a great warrior, and she grows into it slowly as she becomes more confident. The animated Mulan didn't kick into action until late in the movie. Here director Niki Caro sets up her abilities early on for a payoff later in the film.

The costumes are phenomenal. Mulan's red robe pops off the screen. Xianniang's wardrobe mimics a hawk's feathers. She may be the coolest character in MULAN.

The cast is phenomenal. Yifei Liu is captivating as the great warrior and captures Mulan's spirit with great nuance. She's not a bad ass in the traditional sense but one fitting for that time period. Jason Scott Lee channels an Asian-version of Danny Trejo as Böri Khan, and is very effective at being threatening.  So is Gong Li, but her shape shifting witch is much more multi-dimensional than the main villain. Jet Li is unrecognizable as the Emperor, and fans will be thrilled to see him in action even if it's for a few scenes.

MULAN is an enjoyable watch. You can't compare it to the animated version because it's a different movie entirely. Unlike Disney's other animated adaptations (LION KING, BEAUTY AND THE BEAST), MULAN may be the most original.

There's a nice surprise at the very end so prepare to smile.

MULAN comes to Disney+ September 4 through Premier Access for $29.99 on disneyplus.com. Once you have Premier Access to MULAN, you can watch as many times as you want on any platform where Disney+ is available. For a family, the price is very reasonable.