Review: Kevin Costner and Diane Lane Make Up For Slow Plot in 'Let Him Go' 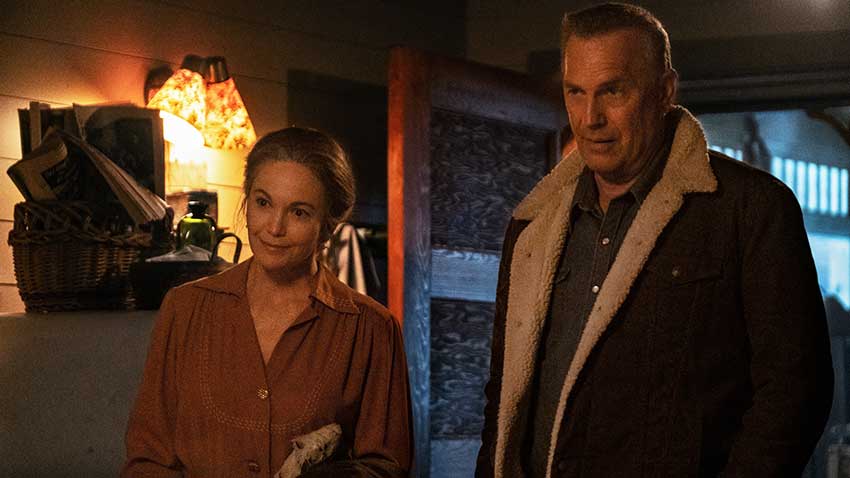 Kevin Costner and Diane Lane team up again to play husband and wife in LET HIM GO, a low-key thriller that is held together by their performance and chemistry.

Adapted from Larry Watson's 2013 novel by Thomas Bezucha (THE FAMILY STONE), LET HIM GO is set in early 1950s Montana and the Dakotas. Retired sheriff George Blackledge (Costner) lives with his wife Margaret (Lane), their son, his wife and their grandson on their Montana ranch. When their son dies, their daughter-in-law marries an abusive man a few years later. When the newly married couple leave the state with their grandson without notice, the couple sets out in search of their grandson. They must fight to win him back from his dangerous step family living off the grid in the Dakotas, headed by the overbearing matriarch Blanche Weboy.

LET HIM GO is less of a thriller and more about a beautiful relationship between the older couple, and their commitment to each other in the face of danger. Lane's Margaret is a determined woman on a mission, and her husband is the dutiful husband who wants to keep her happy.

Ironically Costner and Lane worked together in MAN OF STEEL as Superman's earth parents Jonathan and Martha Kent. In the DC film their relationship merely served as a backdrop, but in LET HIM GO the actors get a chance to display their acting talents. They are the glue that holds the slow-paced film together. Costner has a penchant for playing ranchers (YELLOWSTONE) so this one was right up his alley.

The plotting of the story is sluggish in the first half but when we meet the Weboy's - the stakes are higher. Your blood gets pumping at that point. While the suspense goes into high-gear, the action doesn't. The ex-Sheriff doesn't go in with guns a blazing like you'd expect. It's more realistic.

Some have described LET HIM GO as a Western but it doesn't really fit that genre merely because it's set in a rural setting. Besides the 50s wardrobe and props, this film didn't feel dated rather a modern tale of family. The rural setting is beautifully shot as a backdrop for these characters and their moral values.

If you're a fan of Costner and Lane, you won't be disappointed. Their on screen relationship powers through the so-so story.

Focus Features will release LET HIM GO in theaters on November 6th, 2020.