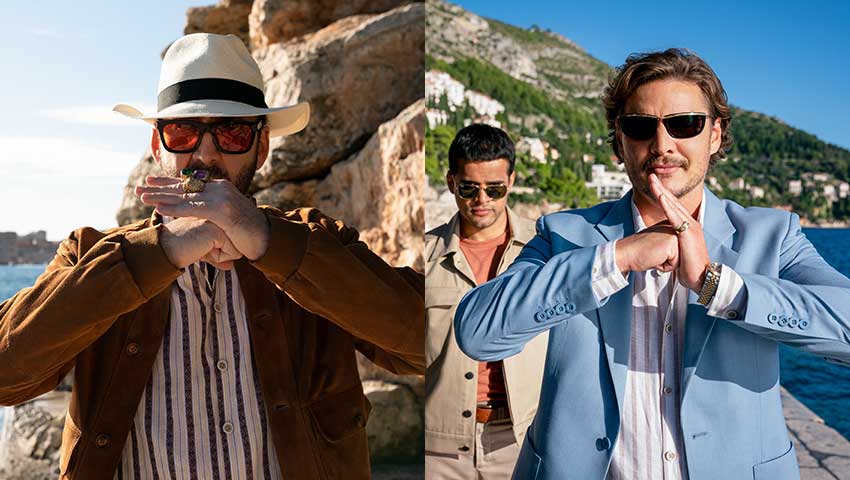 Every question you’ve ever had about Nicolas Cage will be answered in THE UNBEARABLE WEIGHT OF MASSIVE TALENT. Cage fans will be delighted with this self-parody while non-fans may be scratching their heads as to why the audience is laughing their heads off.

The movie’s official synopsis states this is a “fictionalized version of Nick Cage,” so the cash-strapped actor applies to the character only. In the movie, the struggling actor excepts $1 million from super fan Javi to attend his birthday party in Spain. Cage the character, is unexpectedly recruited by a CIA operative (Tiffany Haddish) to spy on his drug lord host. The CON AIR actor channels his most iconic characters to save himself.

Cage and Pedro Pascal‘s bromance is undeniable. The two actors make a great comedy duo with Pascal’s puppy eyes following around his idol. Both are very endearing and you don’t want the movie to end. The rest of the film and characters are nearly invincible when those two are on screen.

The fact that they got Nicolas Cage to play himself in a self-parody is an amazing feat. It's like going inside the quirky icon’s mind getting answers to all our nagging questions about why he does what he does. His eccentricities are put on display and you love the actor even more after finishing the film. Cage also has great chemistry with himself. The actor often talks to his younger wilder self circa RAISING ARIZONA encouraging him to take chances.  The facial VFX is quite good and they got the eyes right which is often problematic. 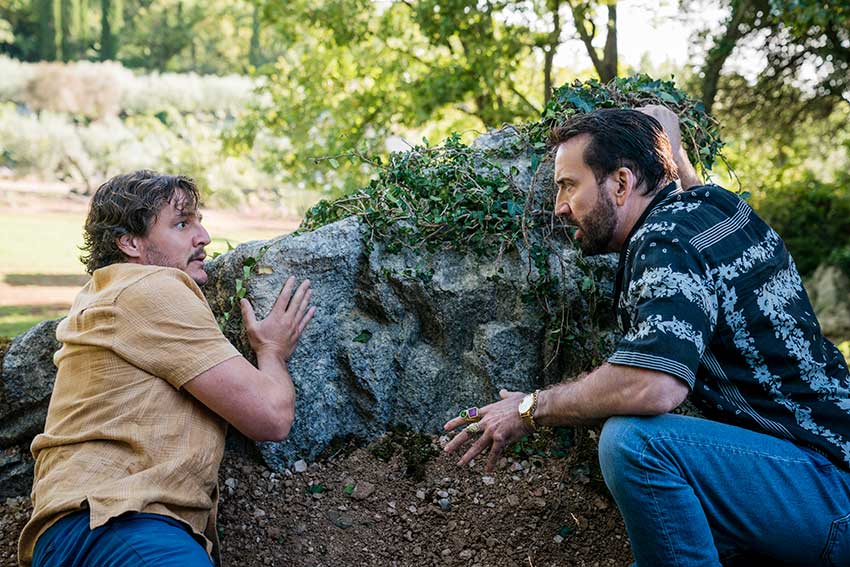 If you’re a Nicolas Cage fan, there are tons of movie references that will have you giggling. You will best be served by knowing his filmography. Even if you are a casual Cage fan, the actor is just as pleasing to watch if you don’t know much about him but you will after the movie and you’ll no doubt go find his greatest hits.

THE UNBEARABLE WEIGHT OF MASSIVE TALENT is a silly ride but you’ll come out of it loving Nicolas Cage even more. While he’s no stranger to comedies, he lets loose in this film.

The other parts of the movie are irrelevant since all the best parts are whenever Nicolas Cage and Pedro Pascal are on screen.

THE UNBEARABLE WEIGHT OF MASSIVE TALENT is in movie theaters on April 22.