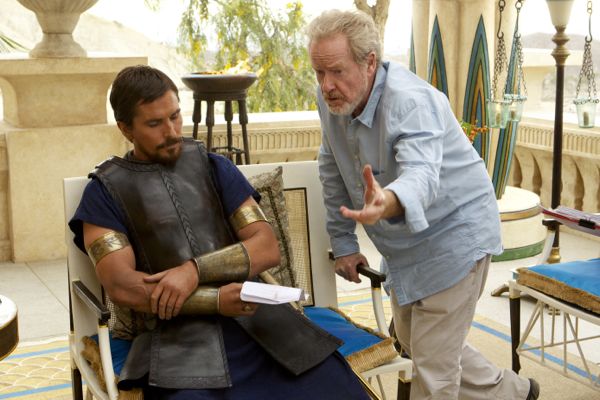 You would think that the director behind Gladiator would have given us another solid epic piece, but EXODUS: GODS AND KINGS is so uneven in character development and story that it leaves you wondering what Ridley Scott was thinking. What saves the film is Christian Bale and Joel Edgerton superb acting and onscreen dynamic.

Ridley Scott has given us some of the most beloved movies in cinematic history (Blade Runner, Alien, Gladiator, Thelma & Louise), but the 77-year-old auteur’s last couple of films have not lived up to his previous work including the extremely disappointing Prometheus. There’s no doubt he favors epic films (Gladiator, Kingdom of Heaven, Robin Hood) so a reboot of the Moses story is right up his alley, but why take on such a massive task of living up to the beloved 10 Commandments (1956) movie and Charleton Heston’s Moses if you’re not going to commit 100%. That 1956 movie is ingrained in my brain after having watched it religiously every Easter for the first 15 years of my childhood as a good Catholic.

Perhaps the problem with EXODUS: GODS AND KINGS is that I know the tale so well, yet I was still confused as to what was going on in the film. Those not familiar with the story may have an even tougher time following who’s who in the scope of the story.  Ben Kingsley, Sigourney Weaver and Aaron Paul can hold their own on screen, but they pop in and out of the film with no clear purpose within the Biblical story. They are clearly under-utilized. That’s the most surprising given the writer behind EXODUS: GODS AND KINGS is veteran screenwriter Steven Zaillian (Moneyball, American Gangster). Perhaps the talky scenes were left on the cutting-room floor in favor of more action scenes. 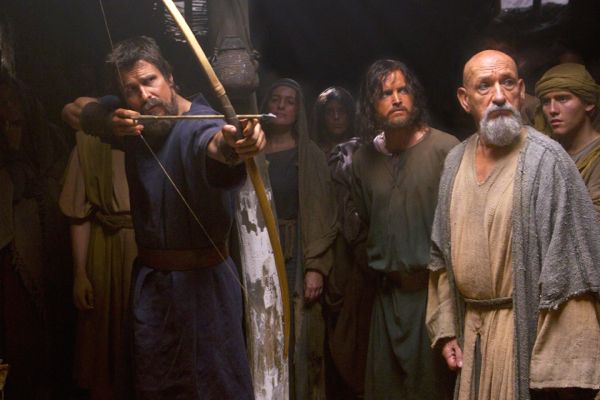 Clearly the focal point and strong part of the story is the relationship between Moses and Ramses, at the expense of the supporting cast of course. Good thing Christian Bale is captivating in anything he’s in. Joel Edgerton as the bald, eye-lined Egyptian Pharaoh is a formidable nemesis to Bale’s Moses, and proves himself to be the best part of the movie. Without those two actors, EXODUS: GODS AND KINGS would’ve been unbearable.

Other problem areas include the unconvincing way Moses realizes he’s the savior of the Hebrew people. Moses doesn’t become a believer in a spiritual awakening but in a freak accident. He’s knocked out by a falling rock during a mud slide, and in his haze he sees a burning bush and then a young boy. Is he imagining the whole thing or just crazy after getting hit in the head? Scott and Zaillian didn’t take much liberties with the Biblical story except for introducing us to God in the form of a 10-year-old. Religious groups may take offense to that liberty given the kid is temperamental and unforgiving. Moses finds himself doubting the God-child when his wrath takes the lives of Egyptian babies. But primarily you don’t come to believe Moses is fully a believer or is he just not right in the head. 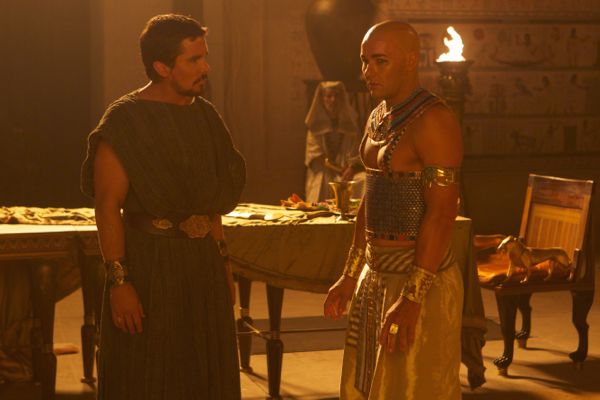 At least Ridley Scott hasn’t lost his touch with intense action scenes, and beautifully shot imagery courtesy of his frequent collaborator, cinematographer Dariusz Wolski. However, while the special effects in recreating Egypt are spectacular the movie spends a large chunk of time on the plague that befalls Egypt. I will say the scene with the alligators attacking each other and the food supply boats was awesome, but what follows is a long drawn out sequence of God's wrath via frogs, swarms and disease.  That time would’ve been better spent on developing Moses’ emotional journey into a faith-based man. That could’ve saved the production millions of dollars too.

EXODUS: GODS AND KINGS is not a total loss as a spectacle to behold, but we expect more from Ridley Scott in terms of character development. 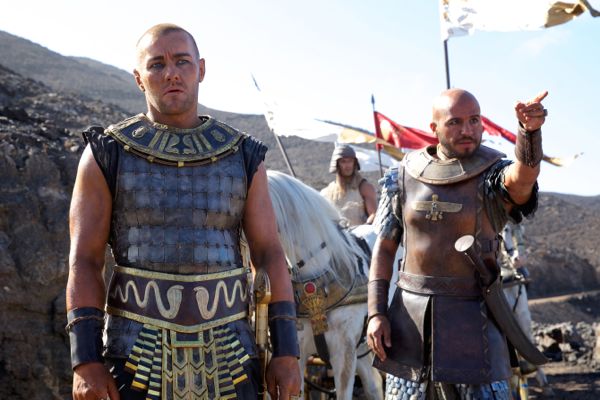