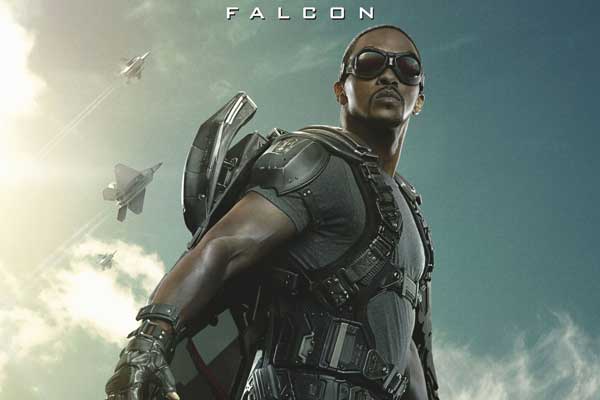 Anthony Mackie is the Falcon in the CAPTAIN AMERICA sequel, and he joins the rest of his cast members with his very own character movie poster. Take a look at the wing span on this new Marvel superhero.

Chris Evans returns as Steve Rogers aka Captain America in a follow up to the Marvel hit. In CAPTAIN AMERICA: THE WINTER SOLDIER, Chris Evans is going to need a little help from other superheroes for his fight with his former best friend Bucky Barnes (Sebastian Stan), now known as the Winter Soldier. Anthony Mackie plays The Falcon/Sam Wilson and he's representing one of the first black superheroes in a Marvel movie. We talked to Mackie last summer about what it meant to play a superhero and how he always dreamed of playing one when he was a young boy.

it's good see diversity on the big screen this summer with Jamie Foxx taking on the role of Spider-Man nemesis in The Amazing Spider-Man 2.  It was just recently confirmed that Michael B. Jordan (Fruitvale Station) will be taking on the role of Johnny Storm in the Fantastic Four reboot.  Michael talked to us in 2013 about the possibility of crossing the color lines to play the Marvel superhero. 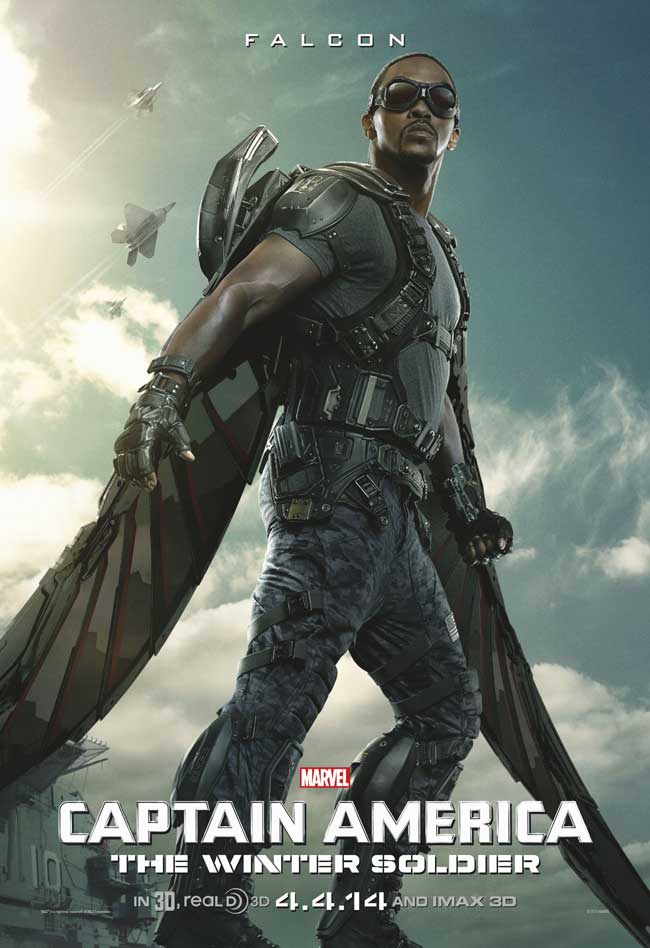