In PROMETHEUS, Scott attempted something different with an origin story, but the film failed to make any sense with broad themes that didn’t jive with the character’s actions. So when all else fails, go back to the same formula. That’s what you get with ALIEN: COVENANT - a familiar story line with twice the casualties.

The crew of the Covenant are on a colonization mission to a distant planet carrying over 2000 colonists. A space anomaly wakes the crew from their hypersleep years before they get to their destination. While repairing the ship, a signal from a nearby planet sends the crew to investigate. Sound familiar? In ALIEN, MUTHER wakes up the crew for a similar reason.

The only thing we know about the Covenant crew is that they are couples including a gay relationship. The characters are underdeveloped so when they get slashed you don’t have much invested in them. It may not be entirely screenwriters John Logan and Dante Harper’s fault.  A preview clip that was released titled “The Last Supper” introduces the crew and their partners (see below) including James Franco. That clip is not in the movie, and neither is one character but we won’t spoil it for you.

Katherine Waterston is a formidable hero in ALIEN: COVENANT but she’s no Ripley and we don’t expect her to be. The comparison to Sigourney Weaver’s Ripley is hard to avoid since the physical appearance is similar (short curly hair, tank top), so the actress is in a tough position to make it her own. While there is some development where we get to know her before the action takes off, it’s not as compelling.

One character who is far more fully developed is David, Fassbender’s humanoid character. Funny enough, his motivations for his actions in PROMETHEUS are explained here in ALIEN: COVENANT. Like in other ALIEN movies, a much better humanoid has been designed, and Walter is the better version of David without the creepiness. There’s a twist with David and Walter that was very interesting, and intriguing. That plot point is not foreseen so it came as a good surprise. ALIEN fans should enjoy how Scott and the writers borrowed the knowledge of previous films about the androids and played with it in COVENANT.

Like PROMETHEUS, ALIEN: COVENANT’s production value is top notch and beautifully shot. The alien monsters are frightening, and there are a few iterations of the monsters that are equally frightening. Best of all they don’t look like CGI. In the original three ALIEN movies, men suited up as the Xenomorphs, so it looks like they might have returned to that old school technique or they put actors in motion capture suits. Either way, the movement is so fluid and realistic as opposed to jumpy when they are computer animated. 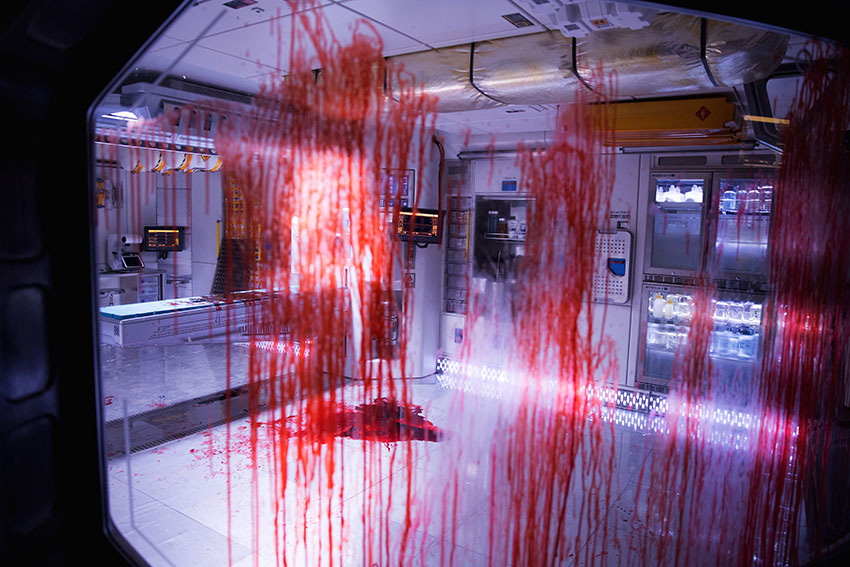 ALIEN: COVENANT may be the most gruesome and bloodiest of the six ALIEN movies with David Fincher’s ALIEN 3 coming in a close second.  The body count stacks up pretty quickly and immediately but it does move the film at hyperdrive speed.

So here is the gist of ALIEN: COVENANT. While the movie feels familiar and trends similar ground, ALIEN: COVENANT may be what ALIEN fans want. The sixth film in the ALIEN franchise answers questions about the origins of the space monsters. As proven with PROMETHEUS and ALIENS 3, fans don’t want something totally unique. While ALIENS 3 is one of my favorite films, the film was largely panned for straying from the ALIEN universe. PROMETHEUS, while not a good film in either the ALIEN universe or as a stand-alone movie, faired poorly with the critics and polarized many fans.

For someone not familiar with the ALIEN franchise, they will most likely be free of any preconceptions and expectations so they’ll enjoy it a lot more. While us ALIEN fans will have some issue with it, it’s a decent entry into the ALIEN universe.

ALIEN: COVENANT hits theaters May 19.
blog comments powered by DISQUS back to top