It’s got the humor and introduction of fantastic characters in STAR WARS.

The dark undertones and drama of EMPIRE STRIKES BACK.

The subplot and conflict between the dark side and the force in RETURN OF THE JEDI.

STAR WARS: THE FORCE AWAKENS feels like the same world we last saw in RETURN OF THE JEDI. There are nostalgic moments in the J.J. Abrams film that feel very familiar although sometimes too much.

The bigger and better Death Star now called the Starkiller Base is a subplot we’re all too familiar with. The mission in STAR WARS was to destroy the Death Star and as it was in RETURN OF THE JEDI. In THE FORCE AWAKENS the same threat is revisited. When one of the early posters revealed the Starkiller Base, my first thought was why not be more original in that aspect. Luckily that’s only a minor subplot surrounded by much juicier plot lines. 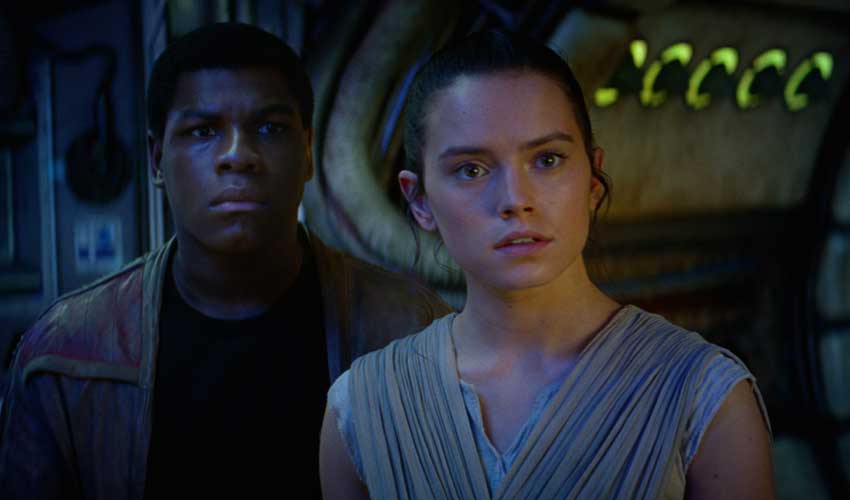 The conflict between the light and dark side continues to be a major theme obviously along with some family drama that reads like a Greek tragedy.

Nostalgia also comes in the way of that feeling you got when you first met Princess Leia (Carrie Fisher), Luke Skywalker (Mark Hamill), Han Solo (Harrison Ford), Chewbacca, C-3PO and R2-D2 in STAR WARS. Our introduction to Rey (Daisy Ridley), Finn (John Boyega), Poe Dameron (Oscar Isaac) and BB-8 leaves a similar impression. Each actor brings their own uniqueness to the character without imitating any fan favorites. Oscar Isaac’s Poe, however, does have the irreverence of Han Solo so naturally he’s going to be a fan favorite.

Daisy Ridley is such a joy to watch onscreen. She has this toughness about her yet an innocence that’s very endearing. The same can be said of John Boyega’s character. You instantly root for both of these characters. J.J. Abrams hit the jackpot with that casting including Adam Driver (Girls) who has proven himself a great actor with an emotional range that comes through as the new dark lord.

Some characters were underutilized but there are definite Easter eggs planted throughout that signals some of these characters will play major roles in the upcoming EPISODE VIII.

Princess Leia, or General Leia as she’s now referred to, and Han Solo’s relationship is exactly what it should be. Han Solo lost his edginess in RETURN OF THE JEDI, but it’s definitely back in THE FORCE AWAKENS. 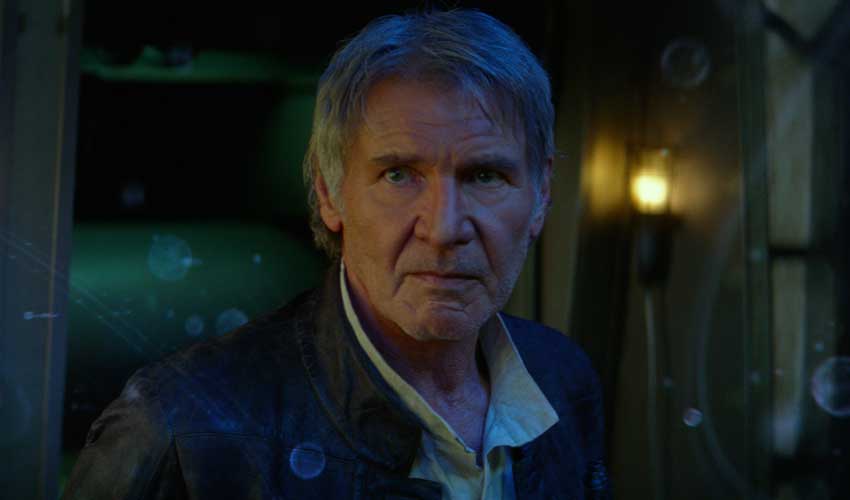 There are so many revelations in THE FORCE AWAKENS and unanswered questions that the internet will be buzzing after opening weekend with additional theories and speculations. That’s what is most interesting about the film - it didn’t give you all the answers and J.J. Abrams and writer Lawrence Kasdan left you wanting more. Unfortunately, we have to wait a year and a half until EPISODE VIII is released on May 26, 2017, but at least it's not three years as with the original trilogy.

Carrie Fisher wasn’t lying in an interview when she said the film was “very emotional.” Bring tissues because two moments in the film may have you holding back the tears.

J.J. Abrams has ushered in the next generation for the next chapter in the STAR WARS saga.

Mark Hamill Emerges as a Stormtrooper in 'Star Wars The Force Awakens?'