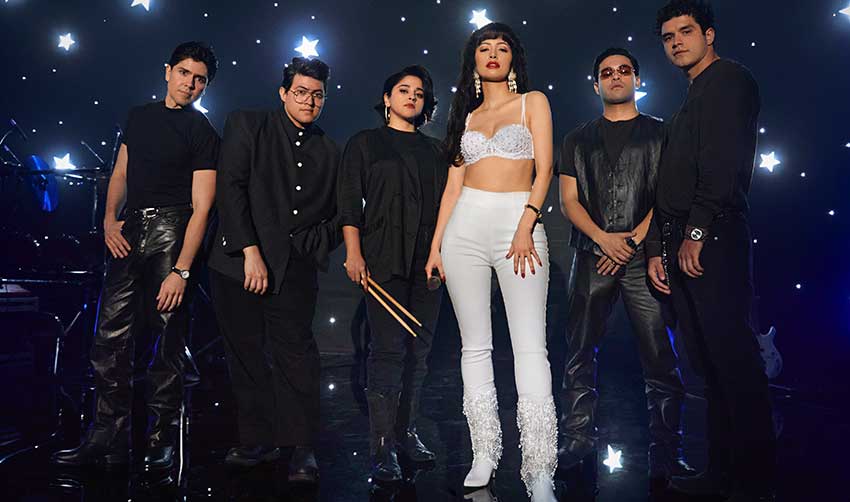 Netflix's Selena: The Series scored huge viewing numbers globally since debuting December 2002. Starring Christian Serratos as the iconic singer, the series got mixed reviews from fans but the curiosity was still there making it #1 in the first week.

The series was viewed largely in Latin America, topping the top 10 list in 23 countries mainly in Mexico and the United States.

Official Announcement
Before she became the Queen of Tejano Music, Selena Quintanilla was a young girl from Texas with big dreams and an even bigger voice. The two-part coming-of-age drama Selena: The Series explores the once-in-a-generation performer's journey as a young artist, from singing small gigs in Corpus Christi with her family to becoming one of the most successful Latin artists of all time — and the years of grit and sacrifice the Quintanilla family navigated together before Selena's meteoric rise to fame. The final part of the two-part series premieres on May 14, 2021.

Announced today in a post on the Netflix Blog, 25 million households around the world sang ‘Como la flor’ along with part one in the first four weeks after it premiered in December 2020. The series reached the Top 10 list in 23 countries - including the U.S., Mexico, Argentina, Colombia and Peru - and spent 26 consecutive days on the Top 10 list in Mexico. Half of the fans came from the U.S., where it spent its first week in the #1 spot on the Top 10 list.

Logline: Now on the brink of stardom, Selena Quintanilla’s journey through the Tejano music world continues. Learning how to handle her newfound success, Selena struggles to balance, family, love, and a burgeoning career. Part 2 of Selena: The Series chronicles the years of hard work and sacrifice the Quintanilla family navigate together as she becomes the most successful female Latin artist of all time.