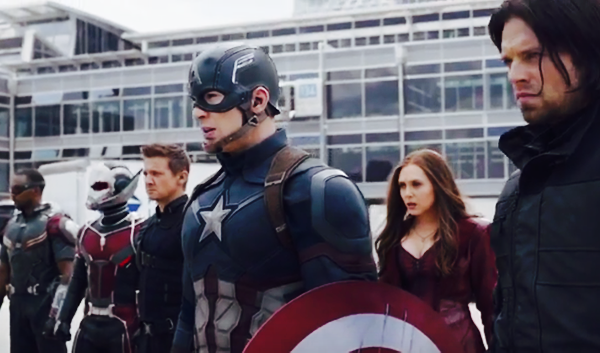 Choosing sides is going to be a challenge after watching a new preview to CAPTAIN AMERICA: CIVIL WAR during the Superbowl 50 telecast. The new preview also may reveal the first casualty of the superhero civil war. Watch!

As the previous trailer revealed, Captain America/Steve Rogers choose his friend Bucky (Winter Soldier) over Iron Man so the Marvel group breaks up causing the civil war. We might be leaning over to #TeamCap as friends always come first, however, if poor James Rhodes/War Machine (Don Cheadle) bites the dust - loyalties may be changing. Let's hope that's not the case as we never want any of the Marvel superheroes to die.