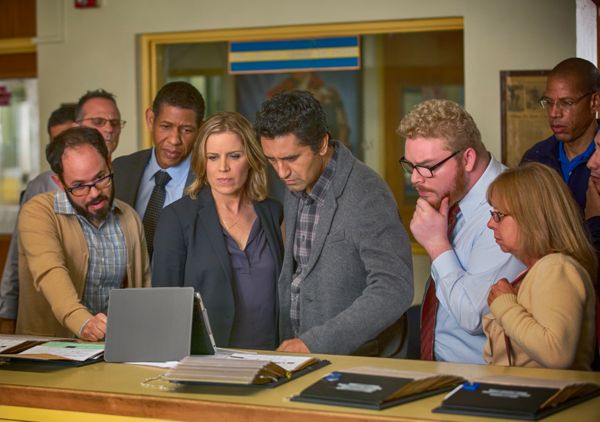 Los Angeles pre-zombie apocalypse is the setting for "The Walking Dead" spin-off, "Fear the Walking Dead," and given the diversity of the city, the producers and actors behind the new AMC series discuss why it was important to reflect that in the cast.

"Fear the Walking Dead" gives us the perspective of the horrifying apocalypse on the West Coast before the epidemic wipes out the populous. The story revolves around two families fighting to survive as the city succumbs to the virus. The family dynamic is a complicated one. Cliff Curtis’ “Travis” (Training Day, Gang Related) is the moral compass of the show, while his on screen girlfriend Madison (Kim Dickens) fights to survive along with her drug-addicted son and teenage daughter. His ex-wife (Elizabeth Rodriguez) is not easy to get along with, and neither is his teenage son (Lorenzo James Henrie) who holds a grudge against dad. Watch Trailer

“I mean for us, part of the thing was we want the show to stand on its own, so we figured start with geography, let’s start with a city that’s both physically very far away from Atlanta but also start with a culture that’s incredibly different from Atlanta.”

When it came to casting, Erickson kept in mind that his "cast had to reflect the diversity of the city.” The script was written with a Latino lead, but once they found the perfect actor for the roles they swapped out ethnicities for Travis and Liz. 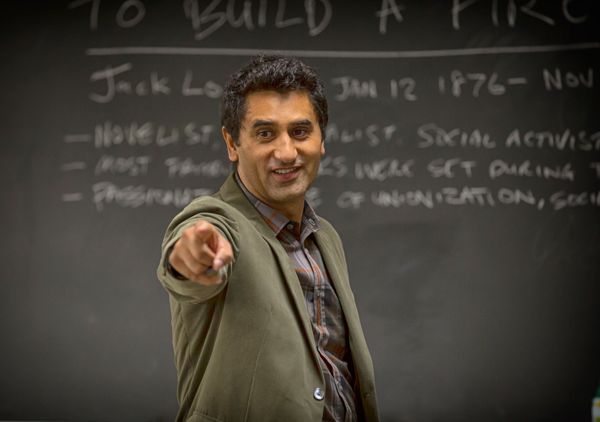 Cliff Curtis is of Māori descent, but he’s mostly played Latinos and characters of Arabic descent. In "Fear of the Walking Dead," he went in for the Latino lead, but once he met with the producer, they decided to make his character’s background similar to his own New Zealand upbringing. After all, Los Angeles represents a melting pot of cultures and this is one we rarely see on the big or small screen. Erickson took on the challenge to write something he wasn’t familiar with.

“I just thought that was something I hadn't really explored and written.  So, we made a shift and now he's an English teacher of Māori decent.”

While Curtis has worked continuously in Latino roles, most recently as the head of a Latino drug cartel for FOX's now defunct series, "Gang Related," he was thrilled to finally portray someone close to his roots.

“Things have definitely changed being a person of color, you know, and I have been working in LA for nearly 20 years back and forth and I've definitely seen a change in the characters.  I mean they actually changed my character name to Manawa, which is a Māori name, which is the first time that that’s ever happened. And I really felt that they were genuine and sort of saying, look, we are looking for the right actor for the role, you know. The color of my skin or my background was irrelevant to how I related to the character and the blend of this family.  I really feel like sometimes they spin you a line about the casting of a family but I really felt like it was really important – this relationship was about getting the right actors in the role that approach their process and the characters from the heart.”

"Orange is the New Black" actress Elizabeth Rodriguez went in to audition for Madison, the female lead which was written as a white female, knowing she might not get it, but it ended up worked out in her favor. The producers liked Rodriguez, and hired her to play Liza, a character written for a white actress.

“I’m sitting where there was another role that was NOT written Latina and he ultimately made a decision that he wanted to work with me and it didn't matter, and that he decided that why couldn't Travis once he hired Cliff [Curtis] just be American of Maori descent and it is the most eclectic, most incredible group of people that are playing just Americans, and people – and for me, I’m ultimately human first and a woman and it [ethnicity] doesn't have to play a role.”

“It is reflective of society and how things are. We are in a diverse culture and especially as things continue, there's – I mean, I'm of mixed descent. We're going to have a future of people who are just blended and mixed.  We don't have to have these clear-cut lines anymore. People like Shonda Rhimes for example, are bringing ethnicity to the forefront with ethnic women and men be leads as opposed to just a best friend or the neighbor.  It's really refreshing I think because to me that's very realistic.” 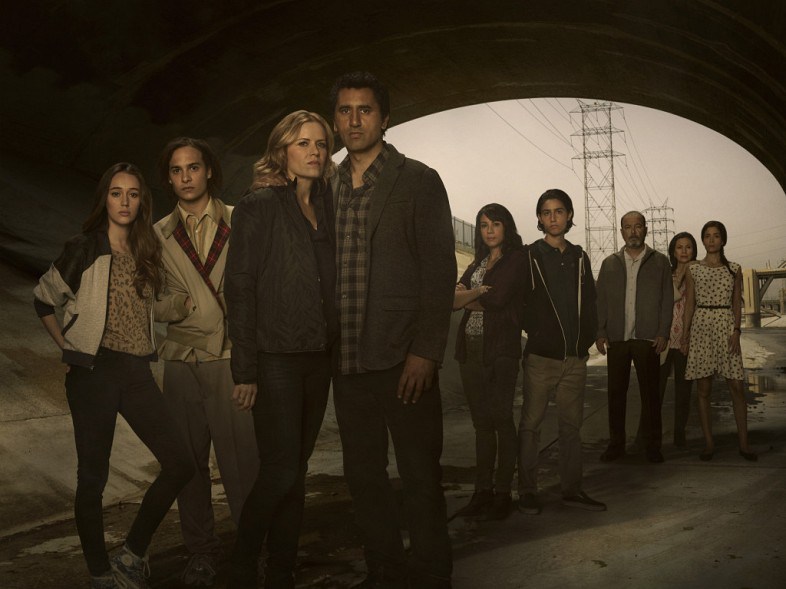 Erickson and Alpert pushed to shoot in Los Angeles rather than take the production to New Mexico & Vancouver. Los Angeles is another character in the movie, and their location manager found the perfect place to begin the story — in El Sereno. El Sereno (Spanish for the tranquil one) is the oldest community east of downtown Los Angeles which dates back 10 years before the City of Los Angeles was established. The geography has  a special meaning, says Alpert.

“Los Angeles is sort of in some ways the symbol of the American west, so it’s the west stands for rebirth right, it’s the city of angels is rebirth.  People come here for, to reinvent themselves and so many of our characters in here are trying to define their second acts.  So people come here as immigrants and they are maybe carrying secrets or things they want to leave behind.”

Erickson teases that in Episode 5 we will meet a character who “has knowledge” of El Sereno that may prove important to their survival.

In the end, actors like Curtis and Rodriguez prefer to portray humans rather than a skin color. “I’m just a woman that was born and raised in America, experiencing an apocalypse from a broken family with a son that I'm trying to protect,” says Rodriguez.

Like “The Walking Dead,” "Fear the Walking Dead" captures the human experience during a horrific crisis, but it's nice to see more diverse looking characters in a famiiar place. Catch the new show premiering Sunday, August 23 at 9pm.