Geena Davis, her on screen daughters Hannah Kasulka, Brianne Howey, the temptress Mouzam Makkar (“Jessica”) and executive producer Jeremy Slater clue us in on what we can expect to see on Friday’s Season finale.

Geena Davis relished playing Angela in her new possessed state in Episodes 8 and 9, but she teases Episode 10 - you’ll see much more of her new found abilities.

Davis also reveals the last episode of THE EXORCIST Season One will be cliffhanger when it comes to the grand scheme of the Pope’s assassination plot.

“That’s going to be sort of a cliffhanger because that can’t be resolved in one episode. What are these priests going to be asked to do about this larger plan.” 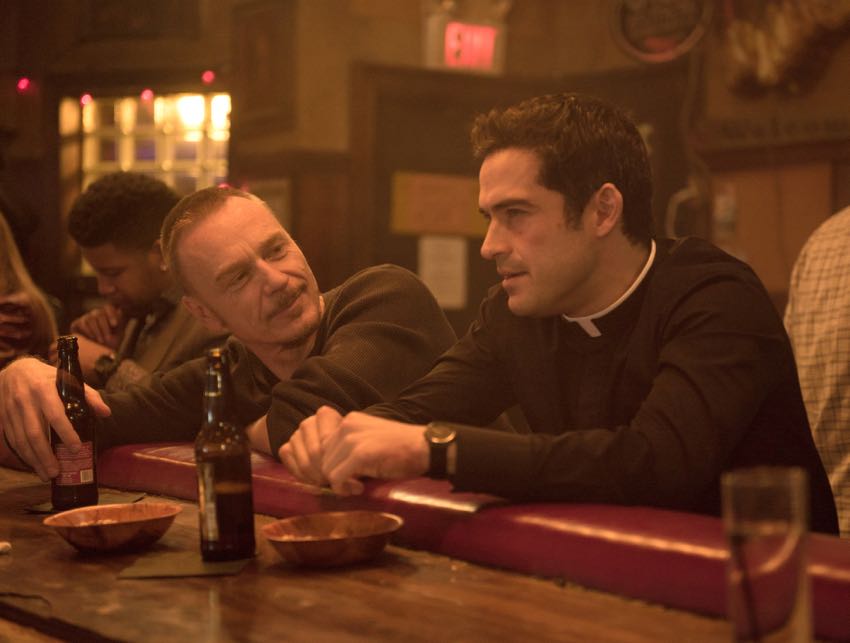 The padres (priests), played by Ben Daniels and Alfonso Herrera, have come to blows over their differing methods and beliefs, but is that over and have they created a brotherhood to overcome all evil?  Show creator and executive producer Jeremy Slater teases what’s in store for the characters.

“We will see them butt heads in Episode 10. Their stories are at different trajectories right now.”

Alfonso Herrera Talks Playing A Priest in 'The Exorcist'

Hannah Kasulka and Brianne Howey say the wait for the Episode 10 script was torture. They wanted to know who survives and who doesn’t. “Just tell us who dies,” Brianne Howey (“Kate”) kept asking the producers. Hannah Kasulka, the formerly possessed sister, admits she “bugged” the crew for the script which they only received a few days before shooting the finale.

As far as the outcome, Brianne calls the finale “a doozy” while her on-screen younger sister tells us what viewers will be feeling like after watching Episode 10.

“It’s really satisfying. The did a really good job.”

How Scary is the FOX Show 'The Exorcist?' Geena Davis and the Cast Warn Viewers 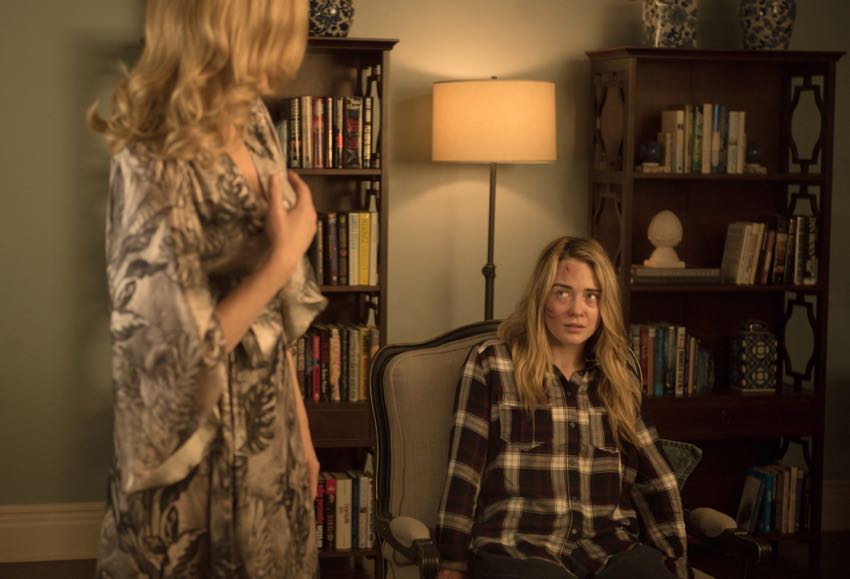 In Episode 9, Father Tomas sends Jessica away, but is the affair really over? Actress Mouzam Makkar, who plays Jessica, has hopes for the forbidden romance. From her point of view, their love is genuine, and Jessica feels like she’s helping Tomas realize he can serve God as a lay person outside of the Catholic church.

Are we sure the devil didn’t put Jessica up to the temptation?  Slater doesn’t rule out the snake didn’t dangle that apple in front of the Padre.

“The devil can be involved. The season is not over yet.”

Aside from the family turmoil and that pesky possession, “The Exorcist” show has planted many seeds for future plot lines. Will they resolve or wrap up all the loose ends in case there is no Season 2?

Slater tells CineMovie they were not thinking about future seasons rather they wanted to deliver a satisfying finale.

“It’s never a good idea to save your best ideas.”

Slater says he learned that lesson from other show runners. Saving twists for other seasons is a disservice to the current season. Slater and the writers put all their effort into the current season as if it was their last, but let’s hope that’s not the case. 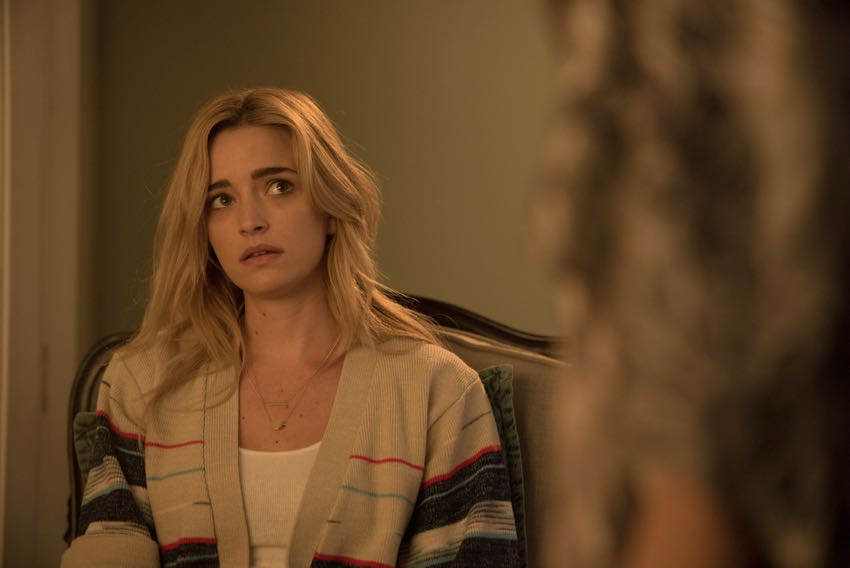