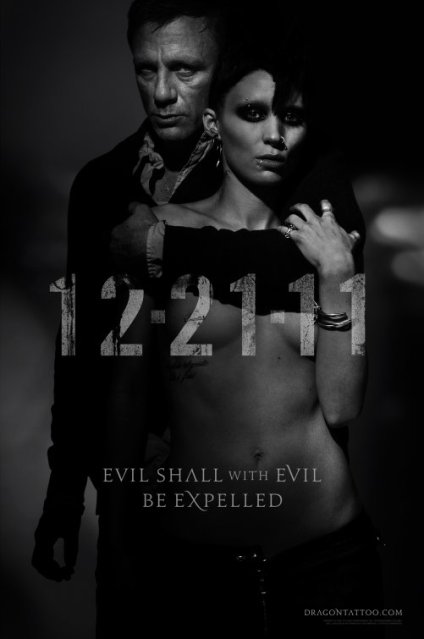 A bootleg version of the trailer leaked online last weekend as the Daniel Craig film previewed in movie theaters ahead of The Hangover Part II. Obviously recorded in one of the theaters showing The Hangover Part II, the red-band trailer plays out to a cool Led Zeppelin cover of "Immigrant Song" by Nine Inch Nails' Trent Reznor and Yeah Yeah Yeah's Karen O.

Meet The New Girl With The Dragon Tattoo

THE GIRL WITH THE DRAGON TATTOO is the first film in Columbia Pictures' three-picture adaptation of Stieg Larsson's literary blockbuster, The Millenium Trilogy. Directed by David Fincher (Fight Club, The Social Network) and starring Daniel Craig and Rooney Mara (The Social Network), the film is based on the first novel in the trilogy, which altogether have sold 50 million copies in 46 countries and become a worldwide phenomena.  The screenplay is by Steven Zaillian (American Gangster).