Carrie Fisher Tribute: What She Loved Most About Star Wars Fans 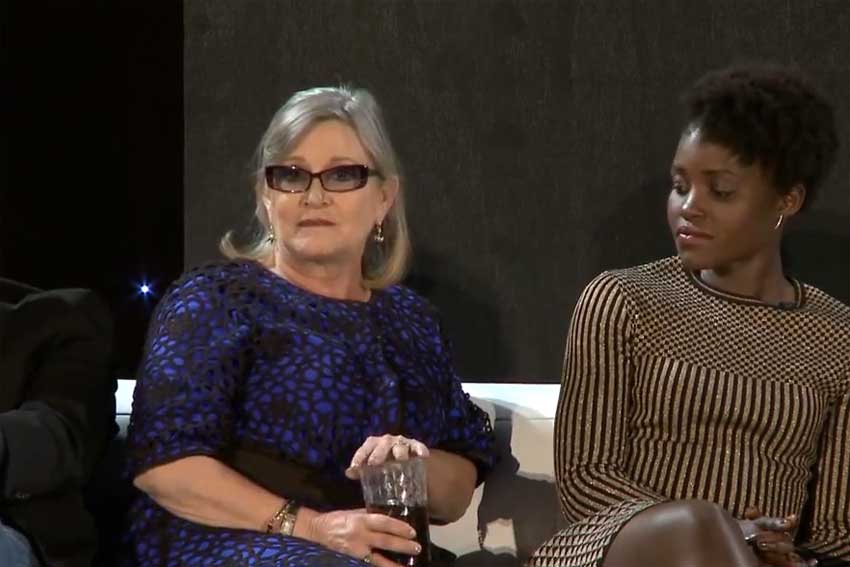 Carrie Fisher, everyone's favorite princess and general, left this galaxy after suffering a major heart attack December 27. While the actress, writer and mental health advocate was much more than just Princess Leia, Star Wars fans will always remember her for that STAR WARS character.

At last year's STAR WARS: THE FORCE AWAKENS Los Angeles press event, our dearly departed Carrie Fisher got emotional when talking about the dedication of fans to the STAR WARS franchise.

RIP Carrie Fisher and her equally iconic mother Debbie Reynolds whose heartbreak over her daughter's death led to a stroke that also took her from us the following day on December 28.