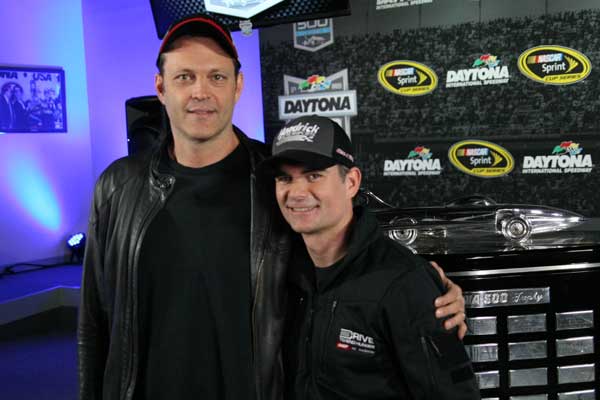 The star of UNFINISHED BUSINESS Vince Vaughn served as the Grand Marshal for the 57th annual DAYTONA 500 NASCAR Sprint Cup Series race Sunday, and he had some advice for stock car driver Jeff Gordon.

As Grand Marshal, Vaughn will announce the famous four words in motorsports, "Drivers, start your engines" at the Daytona International Speedway.  Along with the starting command, Vaughn will participate in pre-race ceremonies and ride in one of the Grand Marshal cars during the pace laps prior to the green flag of the 200-lap, 500-mile race.

Famed stock car driver Jeff Gordon received some special words of encouragement from Vince Vaughn, to get him amped for the big race with a hilarious speech.

"Last year was an exciting one for NASCAR and I can't wait to help kick off the 2015 season as the DAYTONA 500 Grand Marshal," Vaughn said. "The DAYTONA 500 is one of the biggest events in all of sports and I feel honored to be able to be a part of it in it in such a major way." 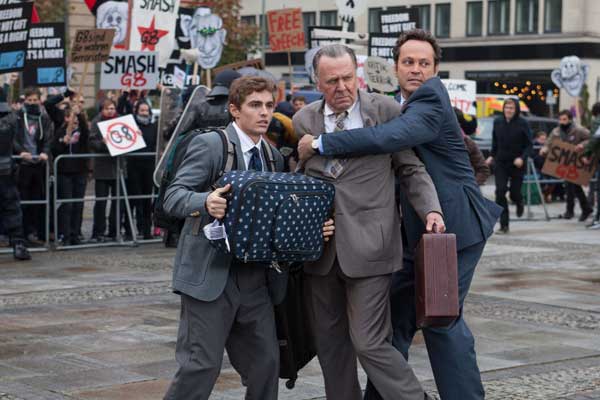 In "Unfinished Business," a hard-working small business owner (portrayed by Vaughn) and his two associates (Tom Wilkinson, Dave Franco) travel to Europe to close the most important deal of their lives.  But what began as a routine business trip goes off the rails in every imaginable - and unimaginable - way, including unplanned stops at a massive sex fetish event and a global economic summit.