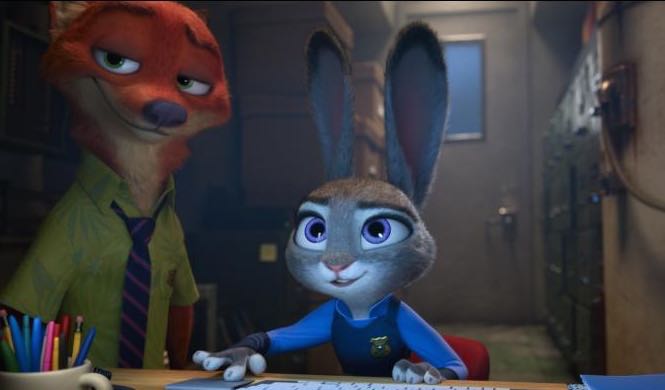 When the kids are quiet and not kicking your seat, and adults are laughing - you know you have a good family film in Disney’s ZOOTOPIA.

Whenever you watch a family film, young children’s behavior in the movie theater is an indicator whether it’s entertaining enough to keep their short attention spans. When children are bored, they fidget in their seats, kick your seat or become chatter bugs. That wasn’t the case in ZOOTOPIA during a Saturday morning screening.

Adults also seemed to enjoy it with laughter sprinkled throughout the Disney movie. Some of the humor may have been over kid’s heads, but that’s how we like it if we have to bare watching another animated movie for the kids.

You can never go wrong with watching cute, fussy animals on the big screen. In ZOOTOPIA, a city solely compromised of anthropomorphic animals is a win-win. After all, the two leads are a con artist fox named Nick (Jason Bateman) and Judy (Ginnifer Goodwin), a rookie bunny cop. The unlikely buddies investigate a string of disappearances from Zootopia. 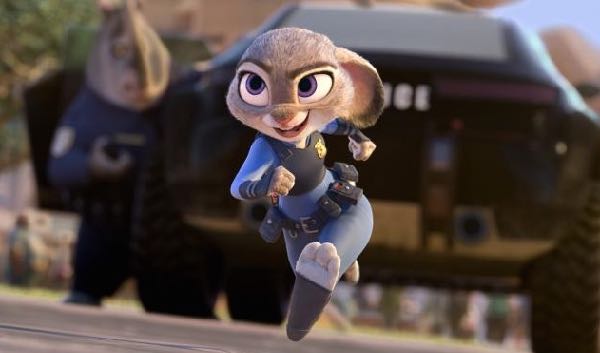 ZOOTOPIA is not only entertaining and adorable, but the takeaway for children is definitely another plus. In this animated animal kingdom, animals are relegated to certain jobs, and for rabbits - it's on a carrot farm, but Judy has bigger plans. As a child Judy aspires to become the first bunny cop on Zootopia's police force, but everyone including her parents laugh at her dreams. Her perseverance lands her on the police force, but the Police Chief is yet another obstacle when he assigns her meter maid duty. She leaps into action to uncover a conspiracy with Nick to prove her self-worth as a bunny cop.

Nick the fox is a con artist only because nothing else is expected from the "sly" species, but Judy helps him realize he too can aspire to better things despite the prejudices of the world. That's a great message for children especially in these modern times when finding your personal identity seems to be at an all-time crisis.

ZOOTOPIA is yet another Disney movie that is worthy of watching multiple times in the movie theaters when it opens March 4.