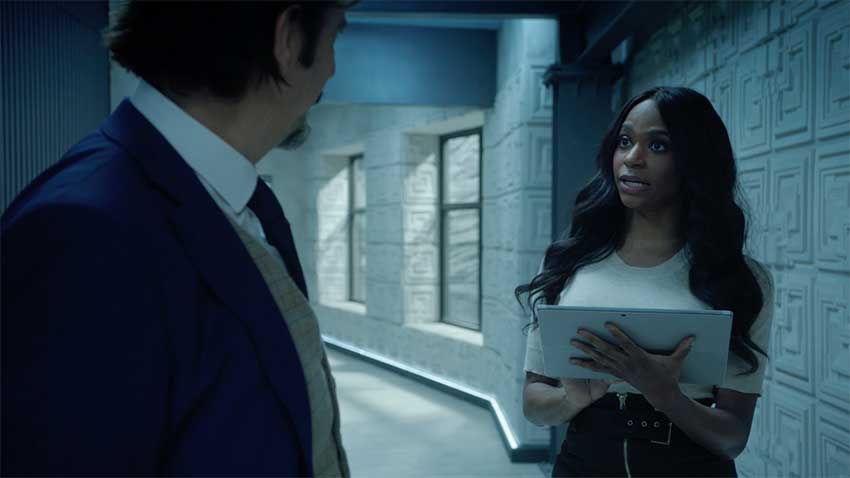 MacGyver will feature the first-ever transgender character with Alexandra Grey joining the CBS show as a guest star on Friday's March 26th episode. Watch a clip below.

Alexandra Grey is the network's first transgender female and black character. On the episode she will will playing Parker, a transgender woman that joins the Phoenix team as an engineer.

On the show, she's been tapped by director Matty Webber (Meredith Eaton) to provide critical assistance to MacGyver and the Phoenix team. Whether it be cracking cyphers to solve a case or lending a supportive ear when needed, Parker has their back. Her episodes will begin airing March 26. Grey recently appeared on the cover of OUT Magazine and other credits include Greg Berlanti’s HBO Max docuseries Equal and recurring roles in Empire, Chicago Med and Transparent