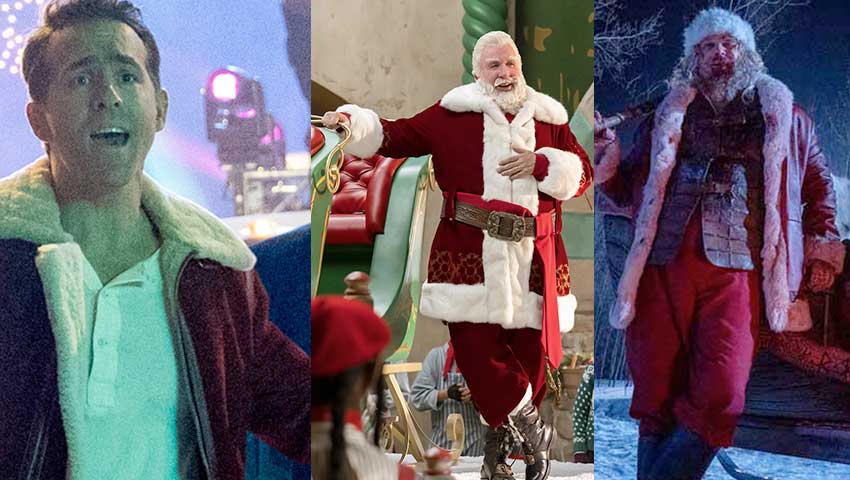 This Holiday season, there won't be a shortage of Christmas-themed projects streaming and in movie theaters. This week, three new trailers dropped for November releases which include the Ryan Reynolds and Will Ferrell musical SPIRITED (AppleTV+), Tim Allen returns as Santa in Disney+'s THE SANTA CLAUSES limited series, A CHRISTMAS STORY sequel for HBO Max and a butt-kicking Santa Claus in VIOLENT NIGHT. Check out all the trailers.

SPIRITED
Ryan Reynolds and Will Ferrell get into the Christmas spirit re-imagining Charles Dicken's Christmas Story as a musical comedy in SPIRITED. Ferrell is the ghost of Christmas past and Reynolds the modern day scrooge. The AppleTV+ movie also stars Octavia Spencer.


A CHRISTMAS STORY CHRISTMAS
Peter Billingsley reprises his role as Ralphie, now an adult, from A CHRISTMAS STORY when he returns to Cleveland Street after his father's death. He's hoping to give his children a very merry Christmas in a similar tradition.

Catch the reunion on HBO MAX starting on November 17.

THE SANTA CLAUSES premieres on Disney+ on November 16.


VIOLENT NIGHT
David Harbour stars as the jolly gift-giver in VIOLENT NIGHT, but as the title suggests, he's not your typical Santa Claus. This one can jump into action to defend a family from a home invasion.

The producers who brought us JOHN WICK, ATOMIC BLONDE, DEADPOOL 2 and BULLET TRAIN tells us all we need to know how it's going to go down in this holiday mayhem.

The film also stars John Leguizamo, Cam Giganet, Beverly D'Angelo, and will be released in movie theaters on December 2nd.