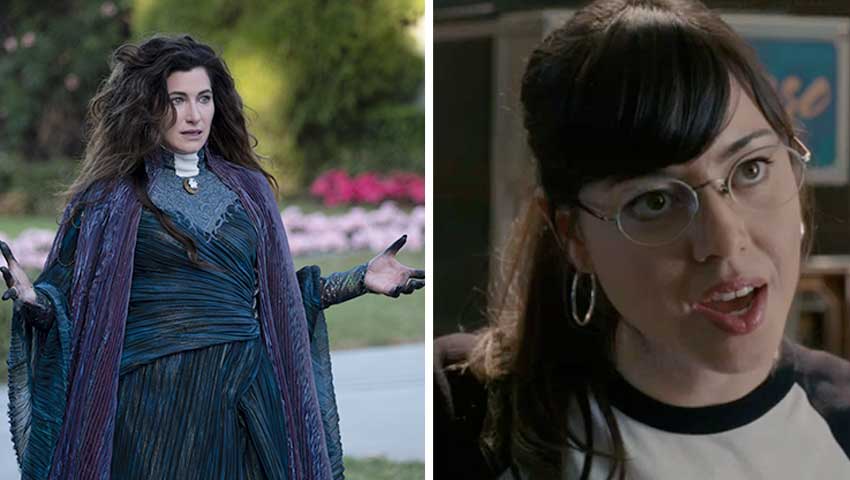 Hahn will reprise her role as Agatha Harkness, Marvel Comic’s most powerful and centuries-old witch. The plot has not been revealed so either the series will pick up after the events of WandaVision when Wanda Maximoff (Elizabeth Olsen) overcame Agatha’s powers and cast a spell on Agatha, erasing her memories and trapping her as the Agnes persona. Will her coven come to her rescue, or do we flashback to her past history? Or both.

The answer may be in who's running the show. WandaVision showrunner Jac Schaeffer will also head Agatha: Coven of Chaos.

Plaza is rumored to be playing the villain while the other actor's characters were not revealed. Caulfield Ford will once again play Dottie on the spin-off. According to Nerdist, fans are speculating Joe Locke will be playing Scarlet Witch and Vision's son Wiccan but he's a bit too young following the WandaVision finale. One thing is for sure, the title is a clue about where this is going.

The Marvel series will start shooting at the start of 2023 and premiere on Disney+ late in 2023.