HOLD YOUR FIRE, a new documentary from Stefan Forbes recounts the 1973 stand-off between NYC police and four young Muslim men at a gun store. A negotiator was brought in to handle the situation which was a first of its kind. The preview is riveting and it's one to watch.

HOLD YOUR FIRE will be released in theaters and On-Demand Friday, May 20th. 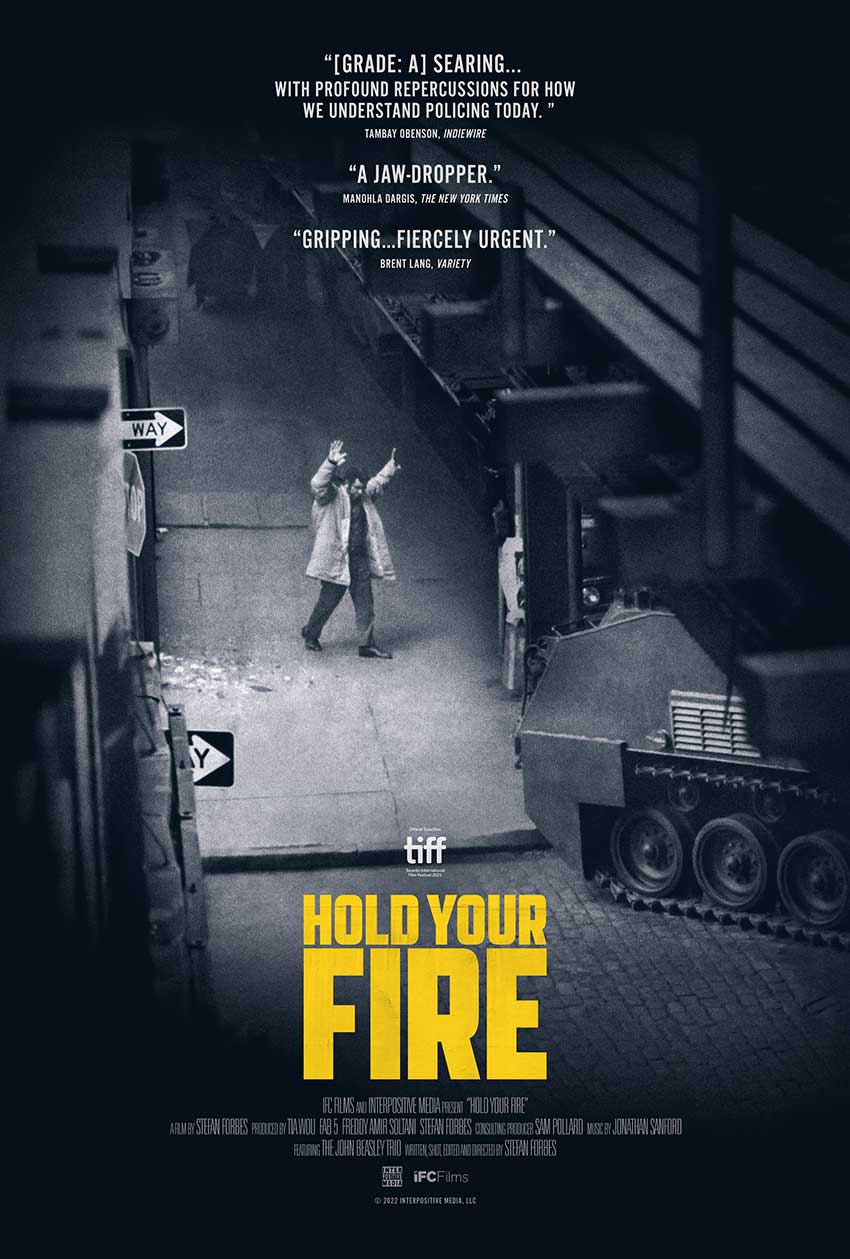 Brooklyn, 1973. When Shu’aib Raheem and his friends attempted to steal guns for self-defense, it sparked the longest hostage siege in NYPD history. NYPD psychologist Harvey Schlossberg fought to avert a bloodbath, reform police methods, and save the lives of hostages, police, and the four young Muslim men at the heart of the conflict.