James Cameron's AVATAR, the #1 film of all-time returns to movie theaters enhanced in 4K. The Academy Award®-winning adventure will be released for a limited time on September 23rd. Watch the new stunning-looking trailer and check out the new poster art.

The long-awaited sequel AVATAR: THE WAY OF WATER hits theaters this year in December 16 with the three other sequels planned every two years.

According to Box Office Mojo, the highest grossing film has earned $2,743,577,587 worldwide, and that number will soon be multiplying. 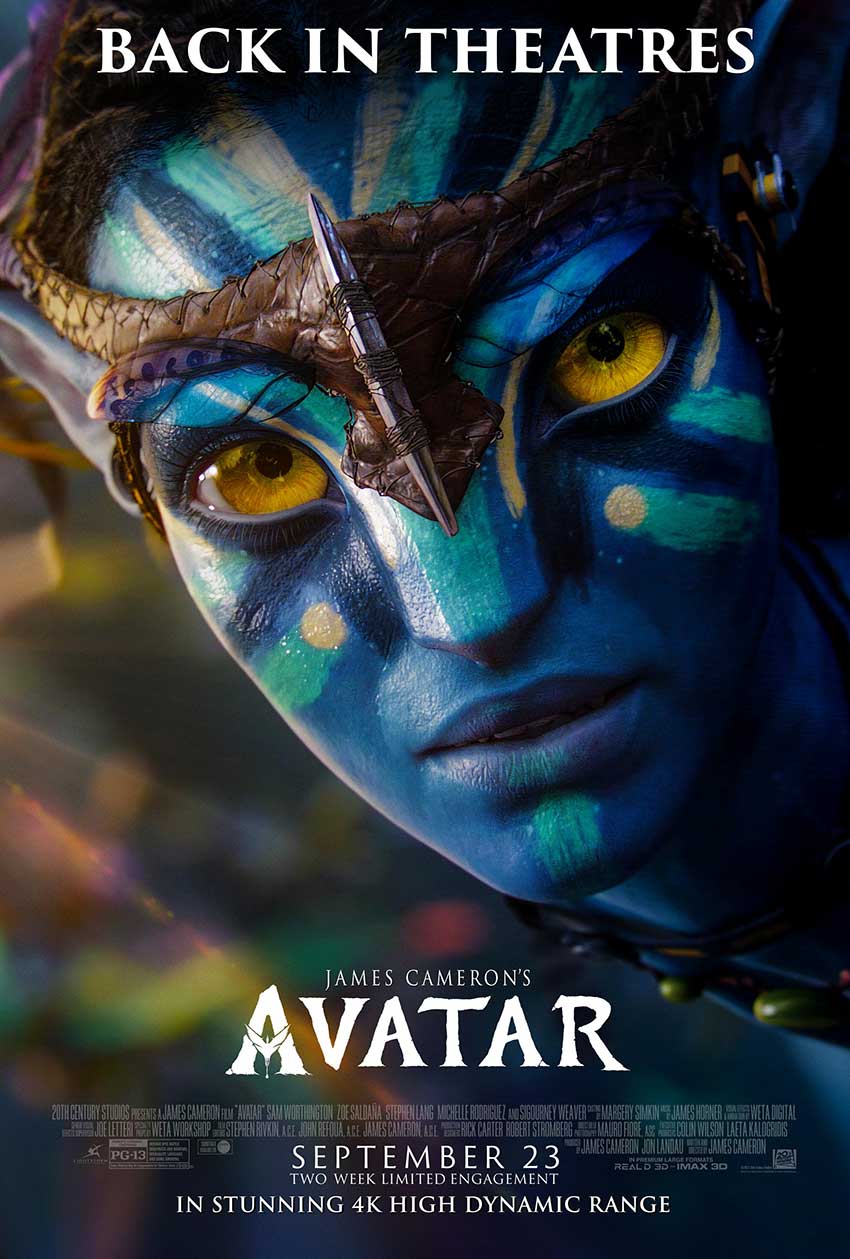