Looks like we have this year's award-winning performance from Viola Davis. The first trailer for MA RAINEY'S BLACK BOTTOM has dropped with Viola Davis playing the legendary "Mother of the Blues," Ma Rainey and our beloved Chadwick Boseman. Both are also featured in the movie poster artwork.

No doubt Netflix will be pushing both actors in the best performance category for this year's award season. MA RAINEY'S BLACK BOTTOM will open in movie theaters in November in order to qualify for most awards, and then stream on the Netflix December 18. 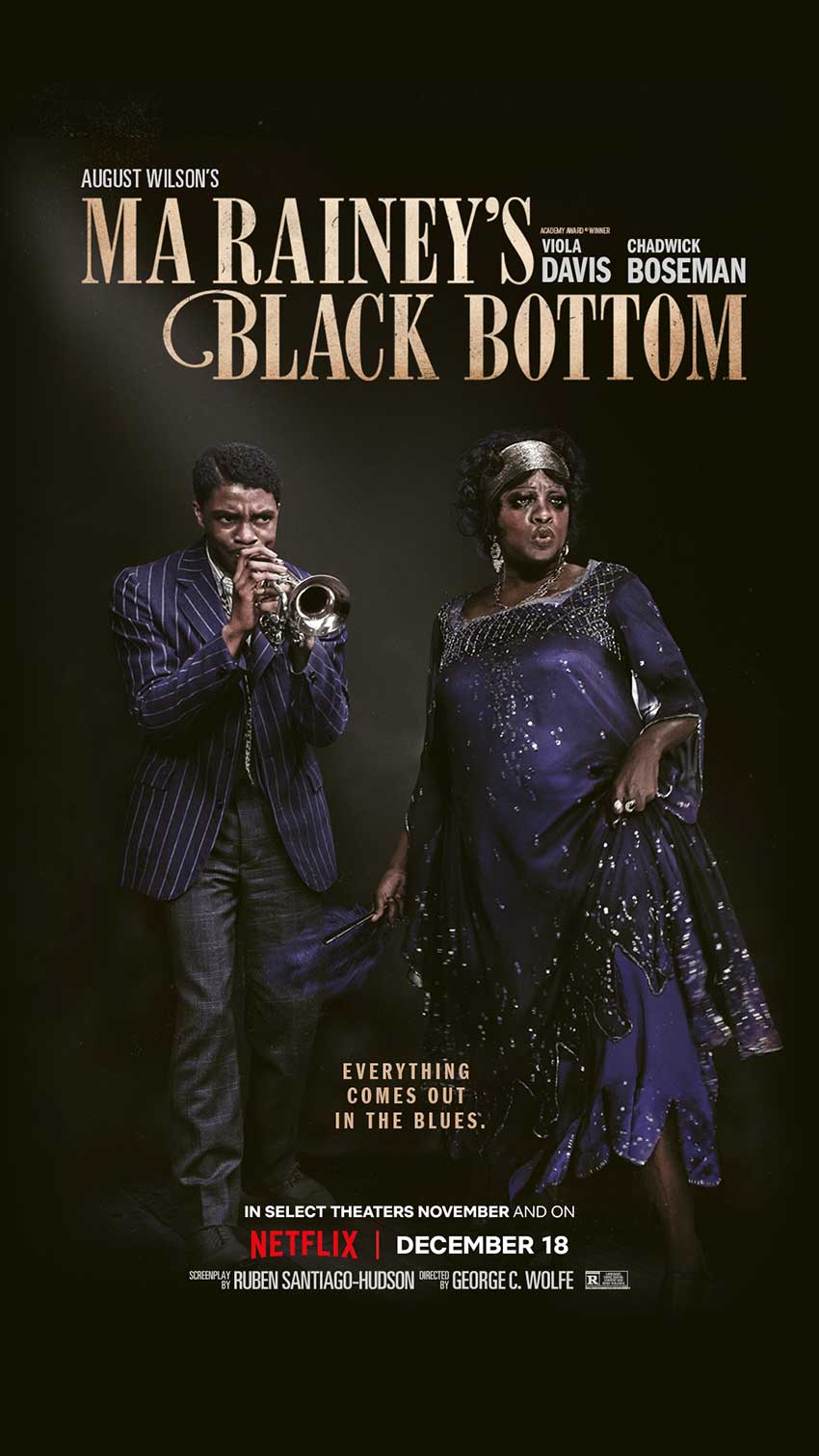 Official Synopsis:
Tensions and temperatures rise over the course of an afternoon recording session in 1920s Chicago as a band of musicians await trailblazing performer, the legendary “Mother of the Blues,” Ma Rainey (Academy Award® winner Viola Davis). Late to the session, the fearless, fiery Ma engages in a battle of wills with her white manager and producer over control of her music. As the band waits in the studio’s claustrophobic rehearsal room, ambitious trumpeter Levee (Chadwick Boseman) — who has an eye for Ma’s girlfriend and is determined to stake his own claim on the music industry — spurs his fellow musicians into an eruption of stories revealing truths that will forever change the course of their lives.