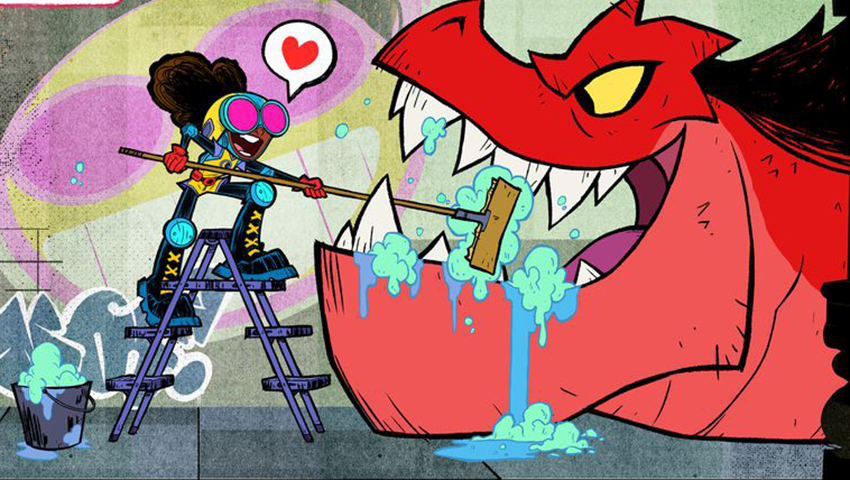 Disney Branded Television has ordered a second season of Marvel's Moon Girl and Devil Dinosaur. The new animated series premieres next year, on February 10 on the Disney Channel. The theme song to the series was also released at the NY Comic Con which you can watch below.

The "Marvel's Moon Girl and Devil Dinosaur" soundtrack, from Walt Disney Records, is set for release on Feb. 10 and will feature songs from the first season. Next summer, fans can also look forward to a brand-new assortment of toys, apparel and more based on the series.

Based on Marvel's hit comic books, the series follows the adventures of 13-year-old super-genius Lunella Lafayette and her 10-ton T-Rex, Devil Dinosaur, whom she accidentally brings through time into present-day New York City. Equipped with Devil's fierce loyalty and brawn, the loving support of her family and best friend Casey, Lunella sets out to make a difference and protect her Lower East Side neighborhood from danger.