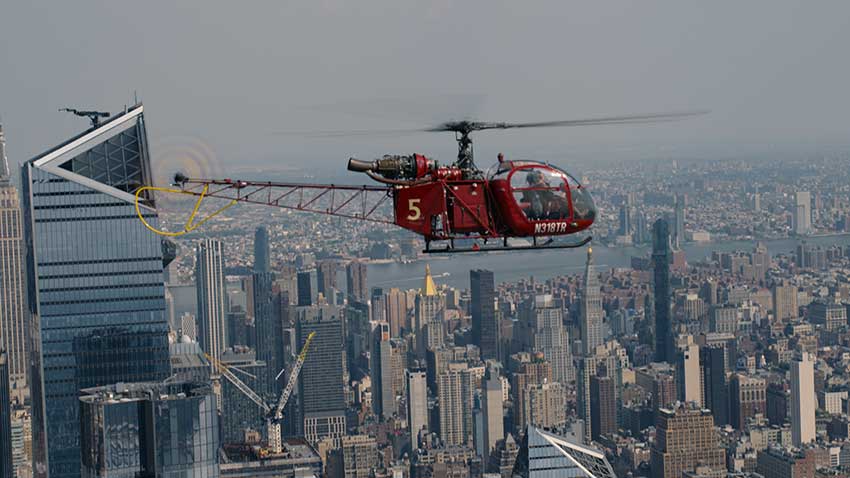 Mike Myers returns to the small screen with a new Netflix series titled The Pentaverate, but the actor and executive producer is keeping it a mystery. Myers joined Instagram to drop teases and Netflix only provided an image along with the definition of the series title. The first trailer arrives Wednesday, March 16 at 5:55am PT.

Myers shared an image of a helicopter with the number 5. The five plays a part in the story with Myers teasing the number on several Instagram posts. The tagline is "News is landing in 5 days. At the 5th hour."

The only other information comes from the definition of the title which Netflix provided.

1. What if a secret society of five men has been working to influence
world events for the greater good since the Black Plague of 1347? As
this new series begins, one unlikely Canadian journalist finds himself
embroiled in a mission to uncover the truth and just possibly save the
world himself.

"The Pentaverate must never be exposed.

The series will consist of six 30 minute episodes. No release date was announced.