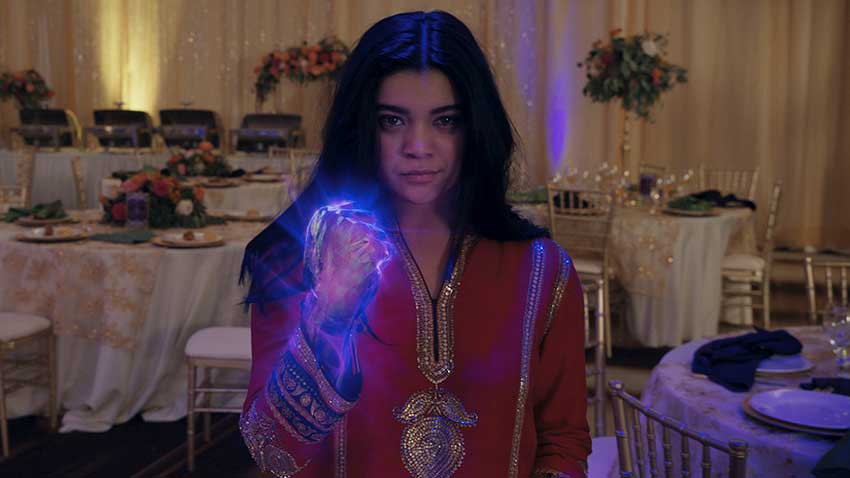 Marvel Studios is focusing its next phase on a younger demographic. Ms. Marvel is the third teen Marvel comic book superhero making her debut. The new trailer previews the upcoming series as a sort of teen comedy around Kamala Khan who dreams of becoming a superhero when her dreams come true. She's joining another teen Kate Bishop who takes over for Hawkeye on Disney+. Another teen America Chavez aka Miss America makes her debut in DOCTOR STRANGE IN THE MULTIVERSE OF MADNESS. Check out the new trailer and poster.

The trailer introduces Kamala Khan, a Muslim American teenager growing up in Jersey City and obsessed with the Avengers. In the series, she will balance high-school life, her family and her emerging super powers.

Marvel Studios seems to be working up to the Young Avengers from the comics that included the new Hawkeye Kate Bishop, America Chavez and now perhaps Ms. Marvel but we have a long wait while the studio takes time to set up the individual characters. 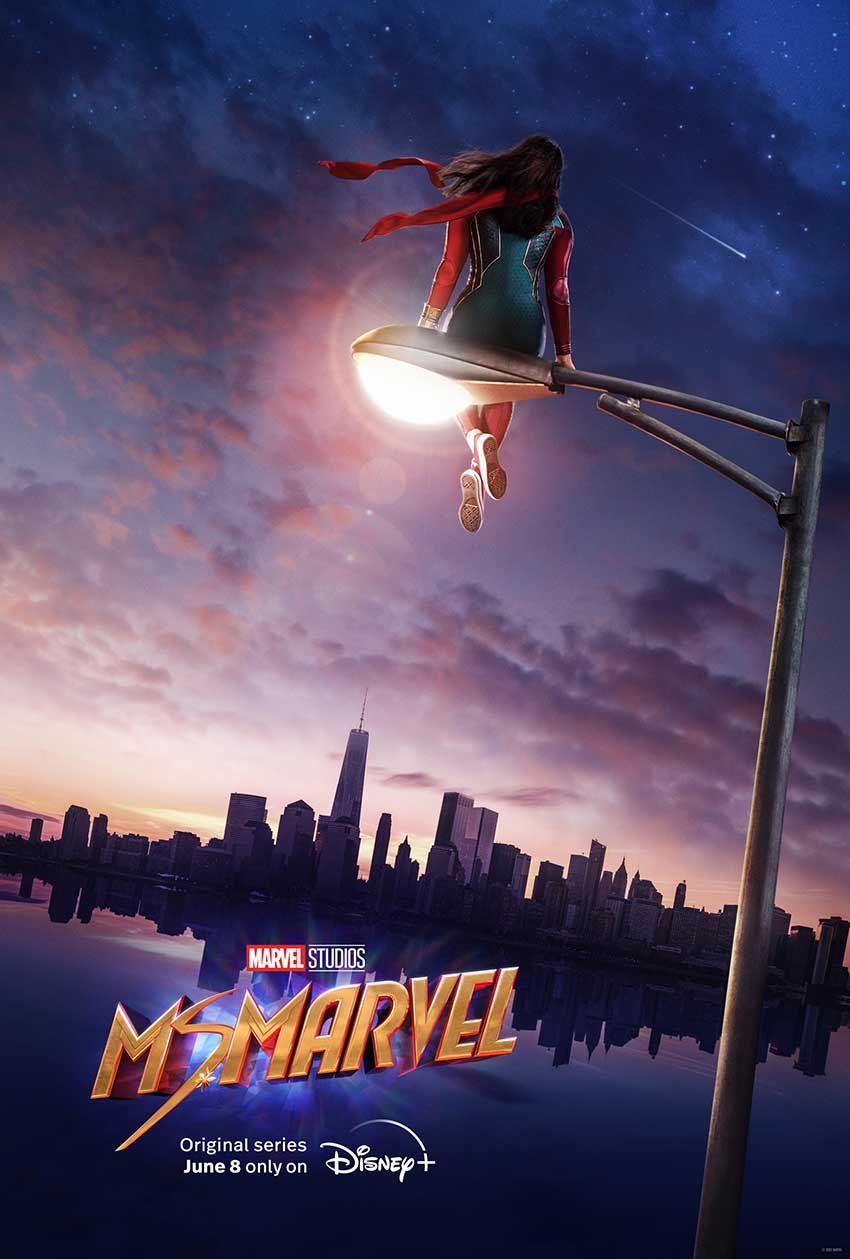 More about MS. MARVEL
An avid gamer and a voracious fan-fiction scribe, Kamala is a Super Hero mega fan with an oversized imagination—particularly when it comes to Captain Marvel. Yet Kamala feels like she doesn’t fit in at school and sometimes even at home—that is, until she gets super powers like the heroes she’s always looked up to. Life gets better with super powers, right?