Christian Serratos ("The Walking Dead") portrays the Queen of Tejano music Selena Quintanilla in the new Netflix series, "Selena: The Series," and on Tuesday Netflix announced Part One will arrive December 4. Netflix also released new artwork and a teaser trailer. Take a look.

Since the show is a series, the official synopsis reveals Selena's tragic short life will be portrayed from the beginning from her childhood until her rise to fame. The story will be told in two parts, but there's no word on when Part Two will premiere.

"Selena: The Series" also stars Gabriel Chavarria (WAR FOR THE PLANET OF THE APES, "The Purge") and Ricardo Chavira ("Desperate Housewives"). 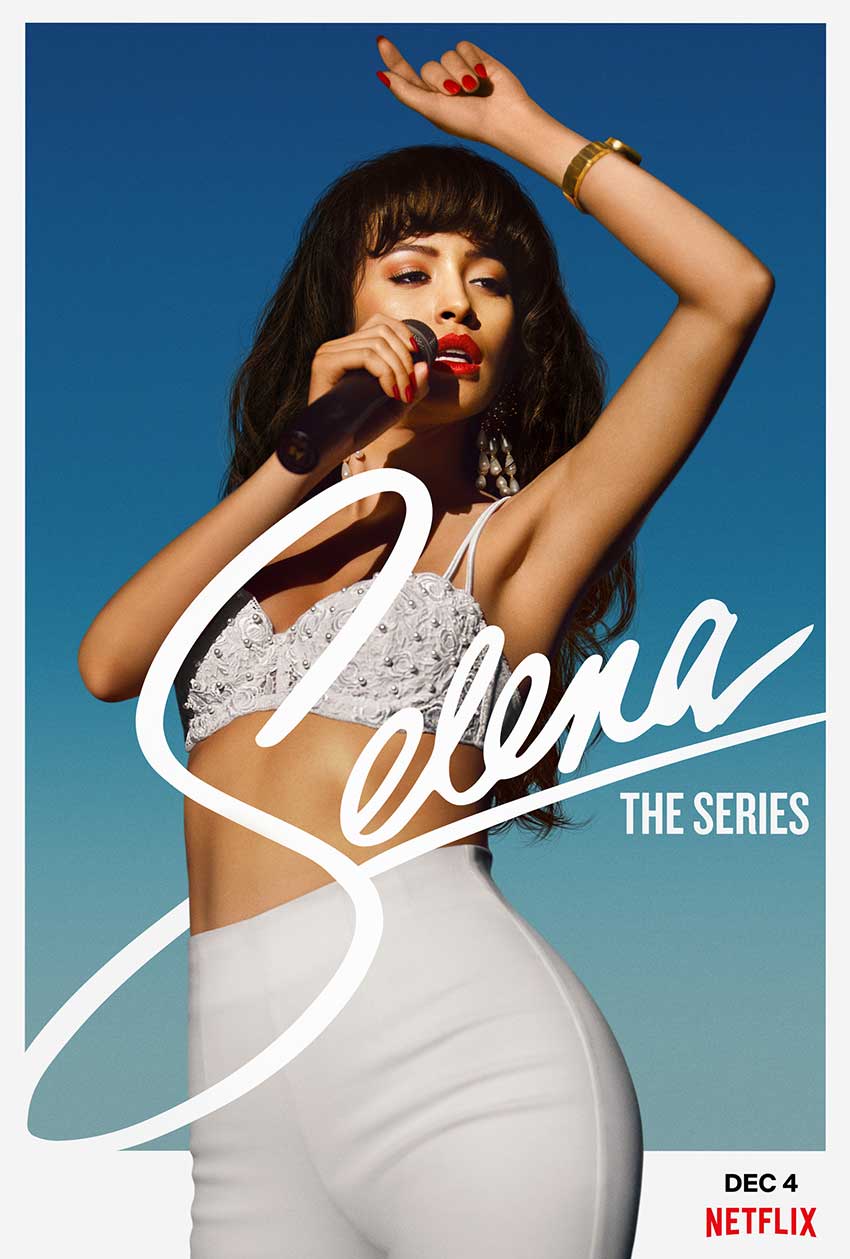 Official Announcement
"Selena: The Series" is a coming-of-age story following Selena as she chases her dreams, and the heart-wrenching and life-changing sacrifices she and her family make as they navigate the highs and lows of success, loss, love, and music.

Before she became the Queen of Tejano Music, Selena Quintanilla was a young girl from Texas with big dreams and an even bigger voice. The two-part coming-of-age drama Selena: The Series explores the once-in-a-generation performer's journey as a young artist, from singing small gigs in Corpus Christi with her family to becoming one of the most successful Latin artists of all time — and the years of grit and sacrifice the Quintanilla family navigated together before Selena's meteoric rise to fame.