New 'Avatar: The Way of Water' Trailer and Poster: A New Savior? 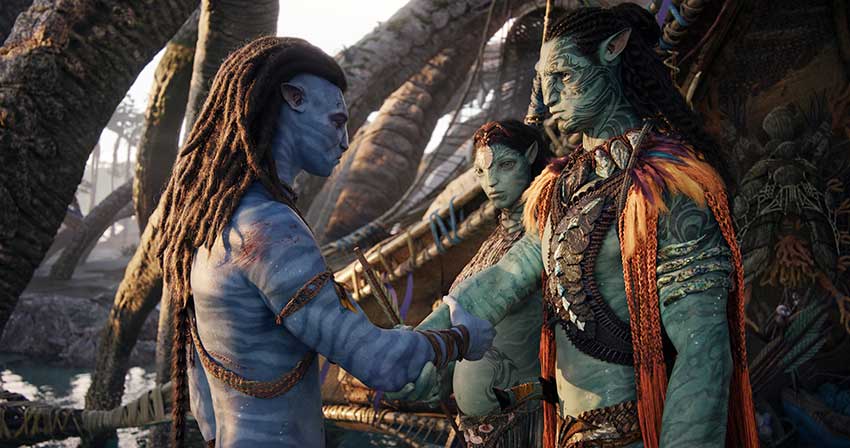 A new trailer for James Cameron's AVATAR: THE WAY OF WATER has arrived with more details about the plot of the movie. The preview reveals one of Sully and Neytiri's children have a gift that may save Pandora. A new poster has also arrived. (see below).

The follow-up to the highest-grossing film of all time from the "King of the World" hits theaters on December 16. Sam Worthington, Zoe Saldaña return as well as Sigourney Weaver and Stephen Lang in new roles. Kate Winslet joins the cast.

The new trailer is being celebrated with a massive light show over Niagara Falls featuring clips from the sequel.

In AVATAR: THE WAY OF WATER, the colonizers return for Pandora's resources and this time the Na'vi are taking to the ocean against the intruders. The story takes place a decade after the first film as Sully and Neytiri are raising a family. 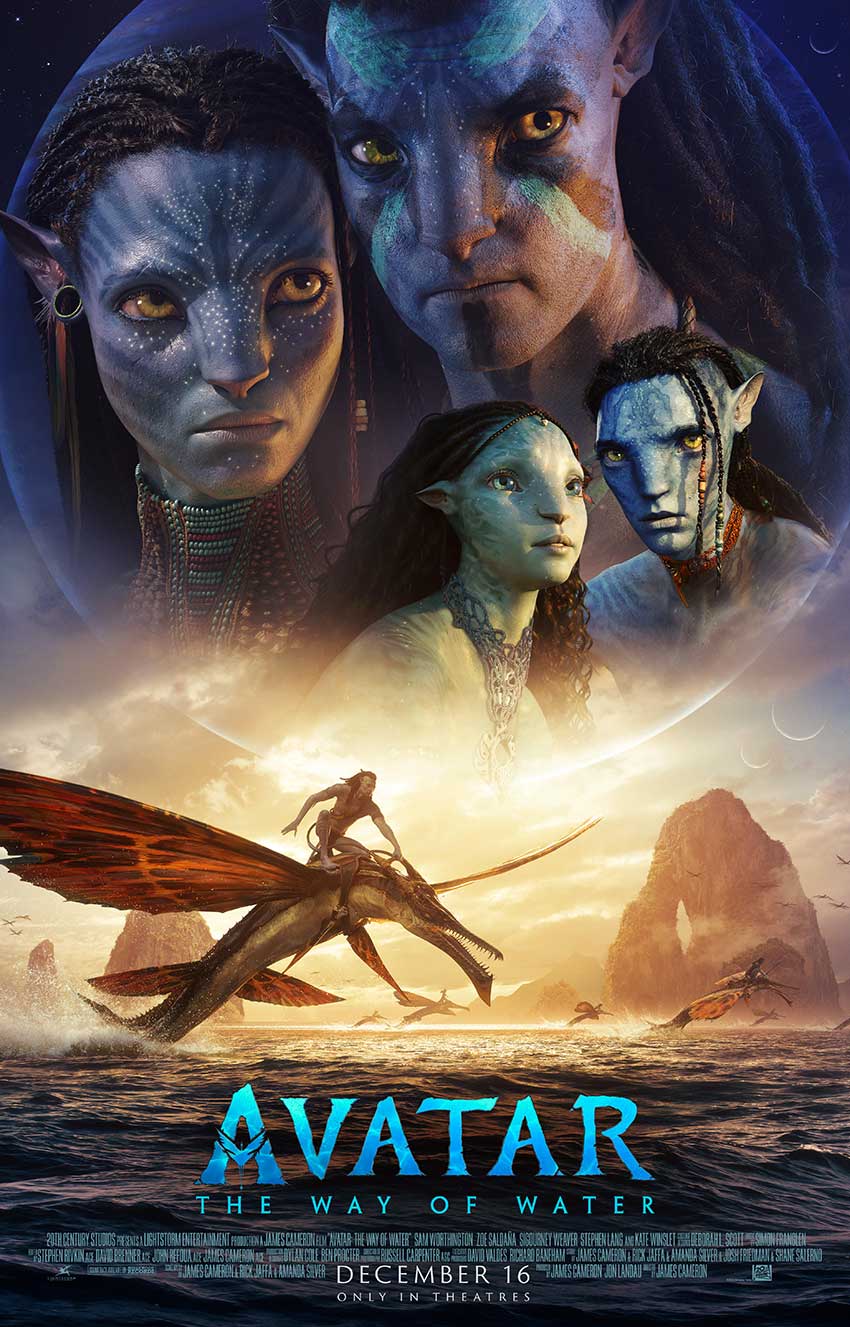