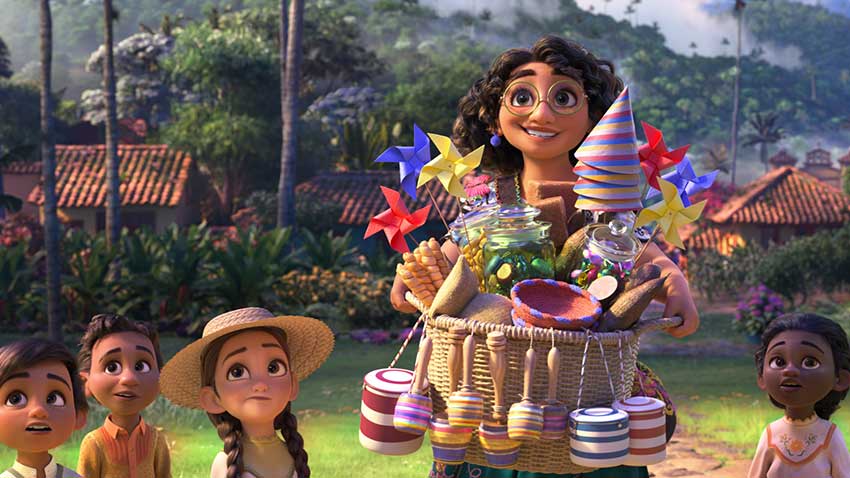 Set in Colombia, ENCANTO tells the story of the Madrigals, a gifted family living in the mountains of Colombia in a magical house. The family members each have a magical gift except for Mirabel (Beatriz). When the town of Encanto is in danger of losing its magic and it's up to her to save her family and home.

Wilmer Valderrama and Diane Guerrero also voice characters along with other Colombian actors. 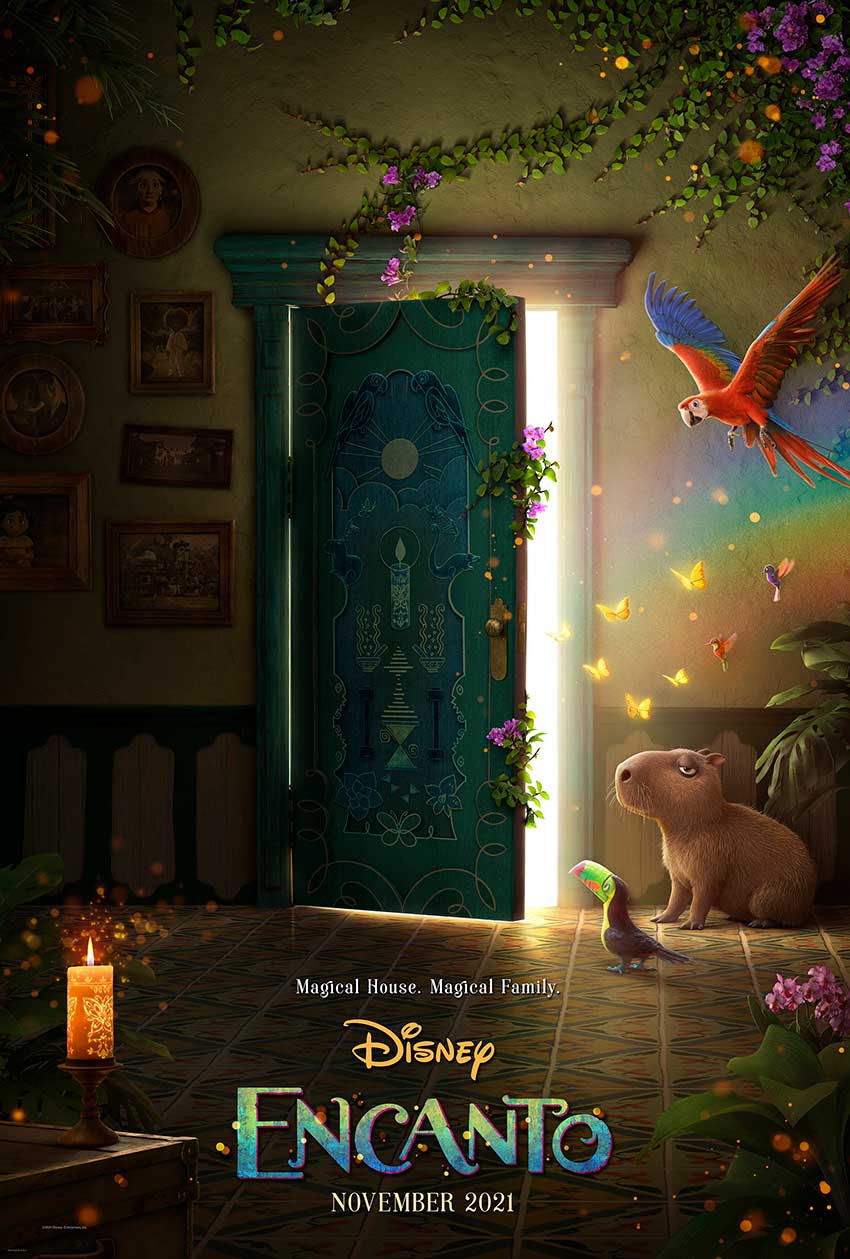 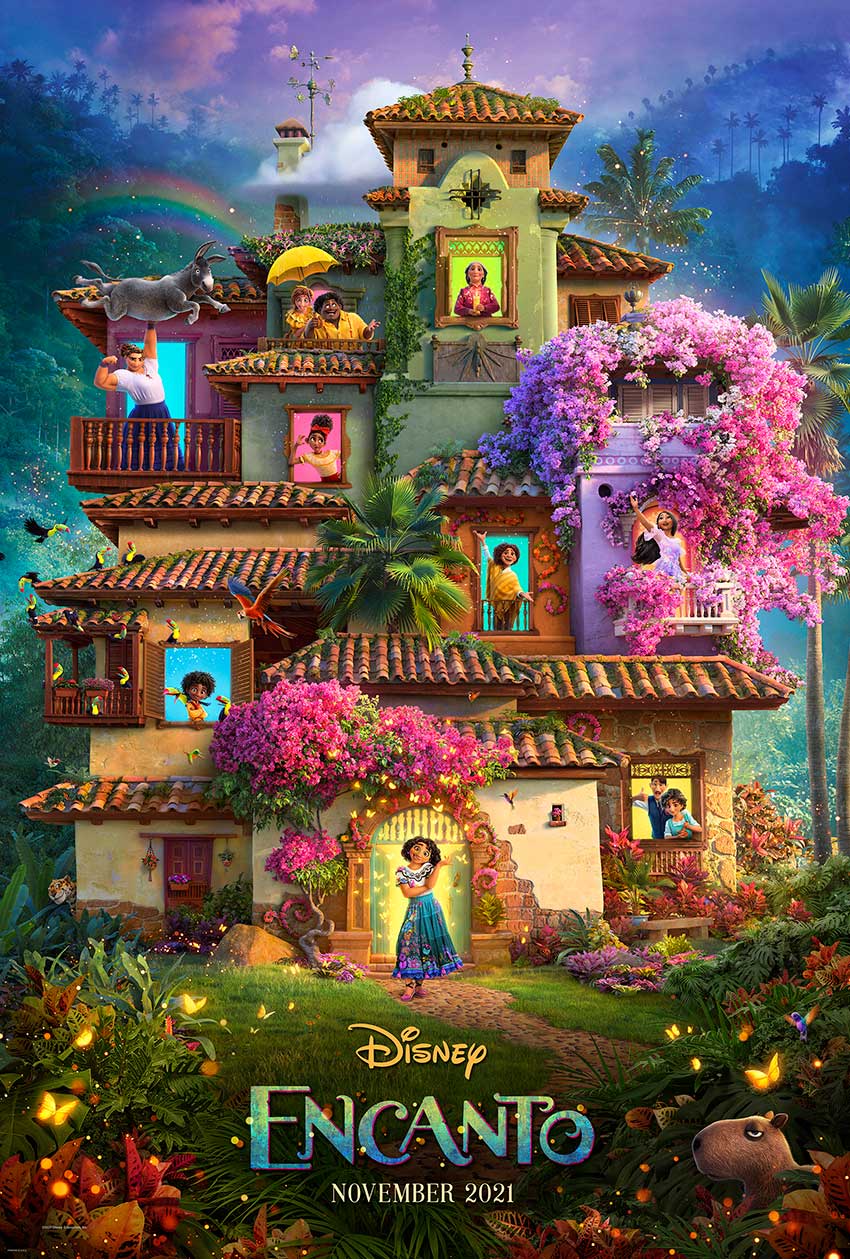 Official Press Release
A new trailer introducing audiences to Walt Disney Animation Studios’ “Encanto,” the tale of an extraordinary family, the Madrigals, who live hidden in the mountains of Colombia in a magical house, in a vibrant town, in a wondrous, charmed place called an Encanto. The all-new original film features the voice of Stephanie Beatriz as Mirabel, an ordinary 15-year-old who’s struggling to find her place in her family. “Mirabel is a really funny, loving character who also deeply yearns for something more,” says Beatriz. “She’s also not afraid to stand up for what she knows is right—something I love and relate to very much.

“I’m Colombian on my father’s side, and playing this role fills me with immense pride,” continues Beatriz. “As a Disney kid, I’d burn through my VHS tapes and adored every single magical story that the world of Disney introduced me to. I learned in those that stories that anything is possible, especially if you believe in magic and the goodness rooted deep inside us all.”

In the film, the magic of the Encanto has blessed every child in the family with a unique gift from super strength to the power to heal—every child except one, Mirabel. But when she discovers that the magic surrounding the Encanto is in danger, Mirabel decides that she, the only ordinary Madrigal, might just be her exceptional family’s last hope. The voice cast also includes María Cecilia Botero, Wilmer Valderrama, Adassa, Diane Guerrero, Mauro Castillo, Angie Cepeda, Jessica Darrow, Rhenzy Feliz and Carolina Gaitan.

The new trailer includes an original song from the film, “Colombia, Mi Encanto,” performed by 17-time GRAMMY® and Latin GRAMMY winner, singer, songwriter and actor Carlos Vives, who’s a native of Santa Marta, Colombia. “This song is a celebration of the magical diversity of Colombia,” says Vives. “I can’t wait to see how the music will blend with the images and the characters inspired by the ‘encanto’ of Colombians.”

The film features all-new songs by Lin-Manuel Miranda (“Hamilton,” “Moana”) and is directed by Byron Howard (“Zootopia,” “Tangled”) and Jared Bush (co-director “Zootopia”), co-directed by Charise Castro Smith (writer “The Death of Eva Sofia Valdez”) and produced by Clark Spencer and Yvett Merino. Bush and Castro Smith are screenwriters on the film. The filmmakers were deeply inspired by their research trip to Colombia during early development of “Encanto,” as well as their continuous work with a group of expert consultants assembled through the course of the film’s production. Walt Disney Animation Studios’ “Encanto” opens in theaters November 24, 2021.