Disney dropped a new trailer for Marvel's ETERNALS at midnight Wednesday night without notice. The new preview lays out the plot of the movie and the timeframe it takes place in the MCU. The Eternals' superpowers are also revealed in the new footage. Watch!

Directed by Academy Award winning-director Chloé Zhao, we learn through Salma Hayek' Ajak that after the second Snap returns the missing people of Earth, it sets off events that will bring the Deviants to Earth to destroy it in seven days. She tells Richard Madden's Ikaris that the Eternals must unite and stop.

The new trailer also gives us a first look at the Eternals' superpowers like Madden's laser eyes and flying abilities as well as Kumail Nanjiani's handy powers.

ETERNALS will hit theaters on November 5 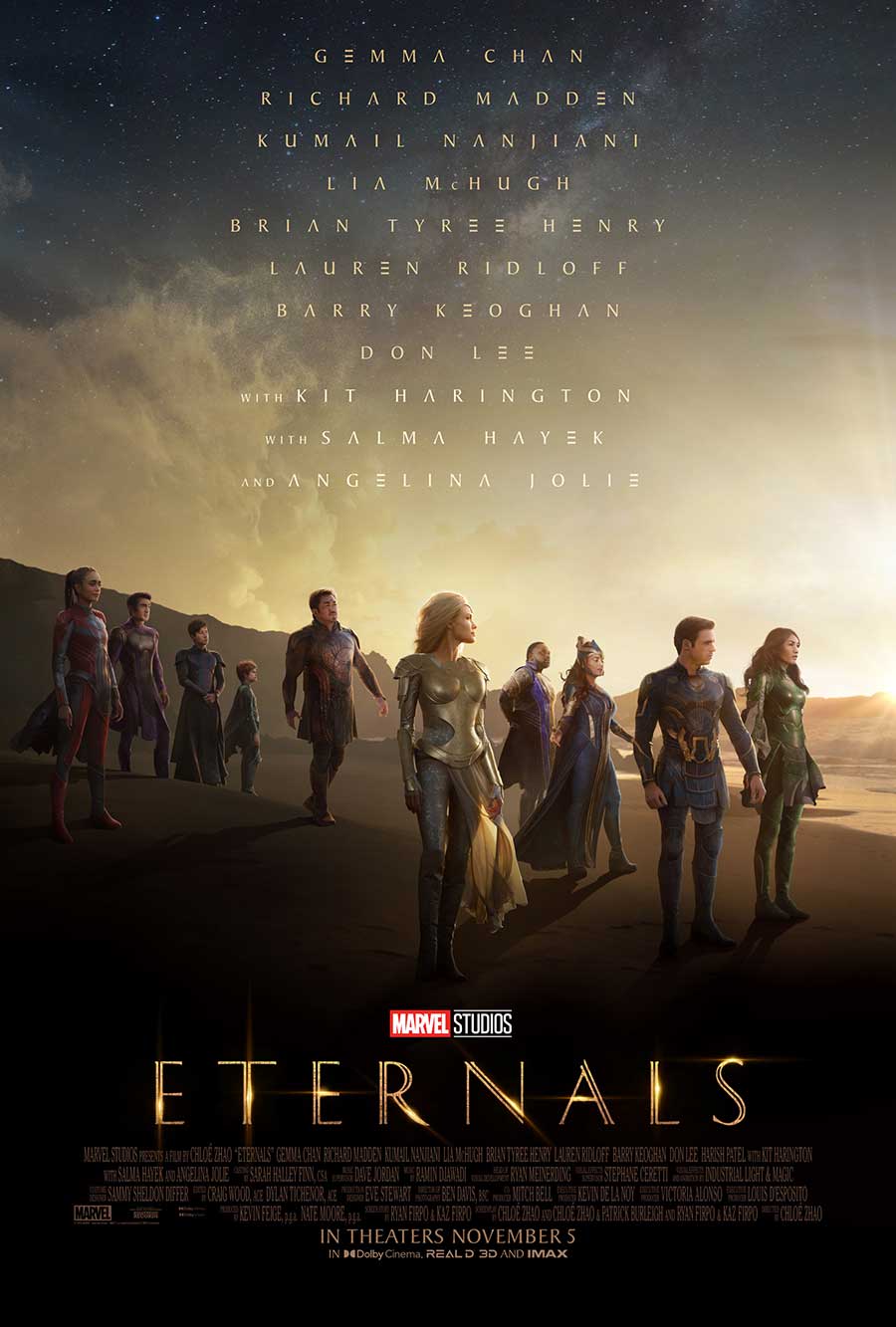