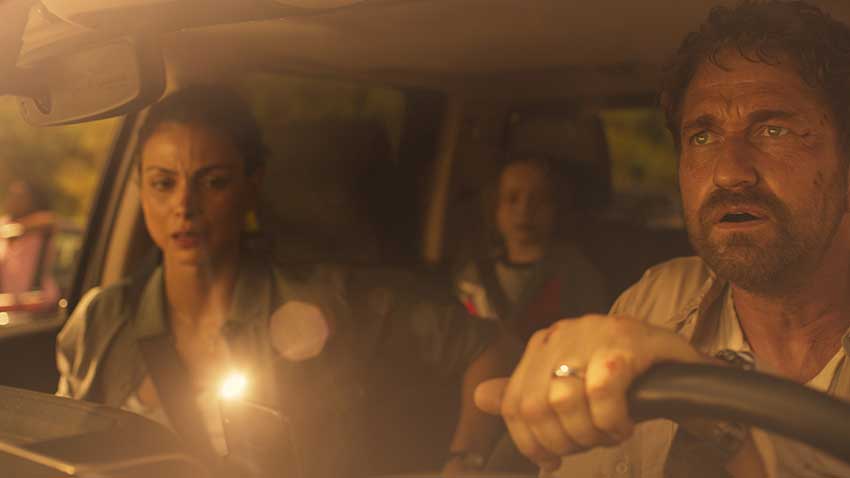 Gerard Butler loves his disaster films, and his latest movie GREENLAND makes him the hero once again. Butler and Morena Baccarin star in GREENLAND as a couple escaping death by comet as the world ends. Watch the new trailer. 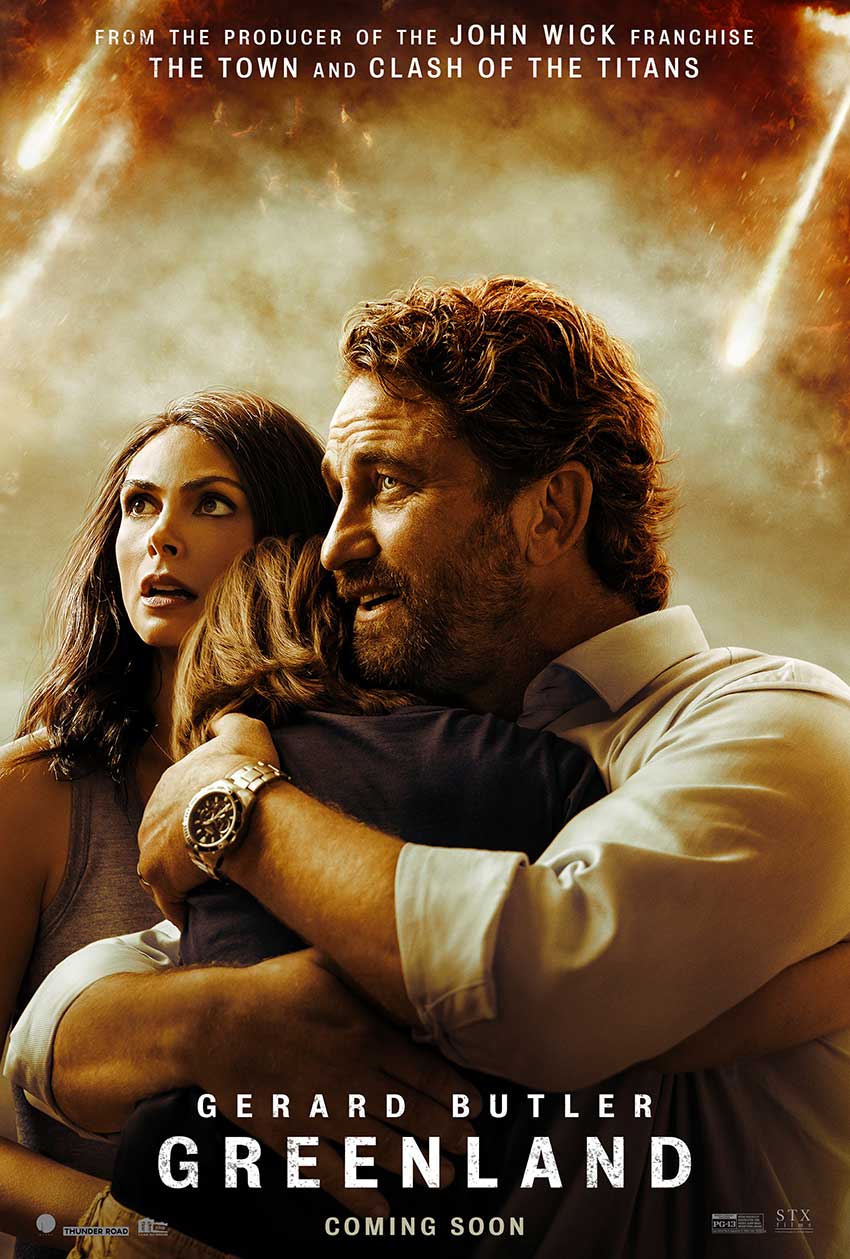 A family fights for survival as a planet-killing comet races to Earth. John Garrity (Gerard Butler), his estranged wife Allison (Morena Baccarin), and young son Nathan make a perilous journey to their only hope for sanctuary. Amid terrifying news accounts of cities around the world being leveled by the comet’s fragments, the Garrity’s experience the best and worst in humanity. As the countdown to global apocalypse approaches zero, their incredible trek culminates in a desperate and last-minute flight to a possible safe haven.

GREENLAND is in theaters August 14.