Based on a true story, QUEENPINS stars Kristen Bell, Kirby Howell-Baptiste, Paul Walter Hauser, and Vince Vaughn in an outrageous comedy about two women who scammed millions in coupons. Watch the new trailer with Hauser (CRUELLA) stealing the show as always.

QUEENPINS is coming to theaters from STXfilms on September 10, and eventually Paramount+. 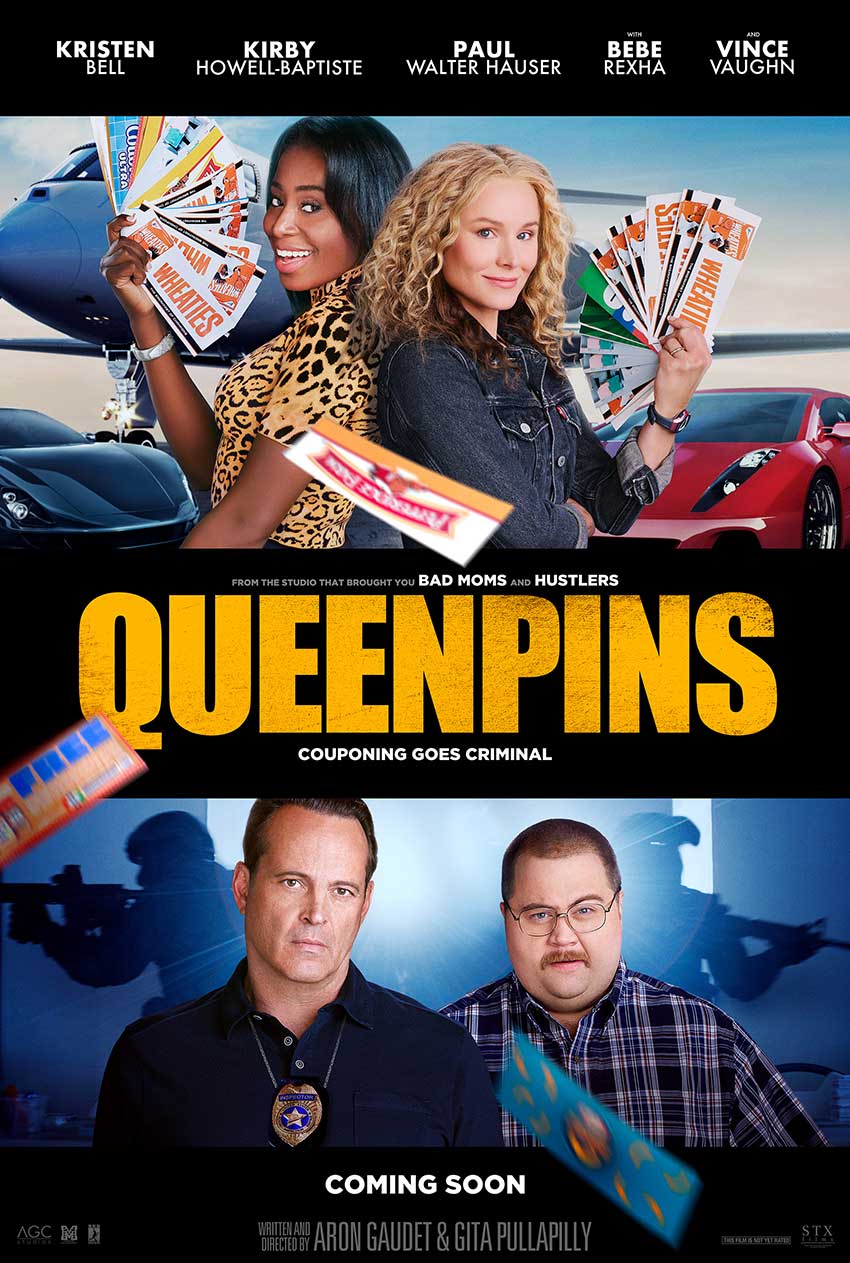 Official Synopsis
Inspired by a true story, QUEENPINS is an outrageous comedy about a bored and frustrated suburban homemaker, Connie (Kristen Bell) and her best pal JoJo (Kirby Howell-Baptiste), a vlogger with dreams, who turn a hobby into a multi-million dollar counterfeit coupon caper. After firing off a letter to the conglomerate behind a box of cereal gone stale, and receiving an apology along with dozens of freebies, the duo hatch an illegal coupon club scheme that scams millions from mega-corporations and delivers deals to legions of fellow coupon clippers. On the trail to total coupon dominance, a hapless Loss Prevention Officer (Paul Walter Hauser) from the local supermarket chain joins forces with a determined U.S. Postal Inspector (Vince Vaughn) in hot pursuit of these newly-minted “Queenpins” of pink collar crime.