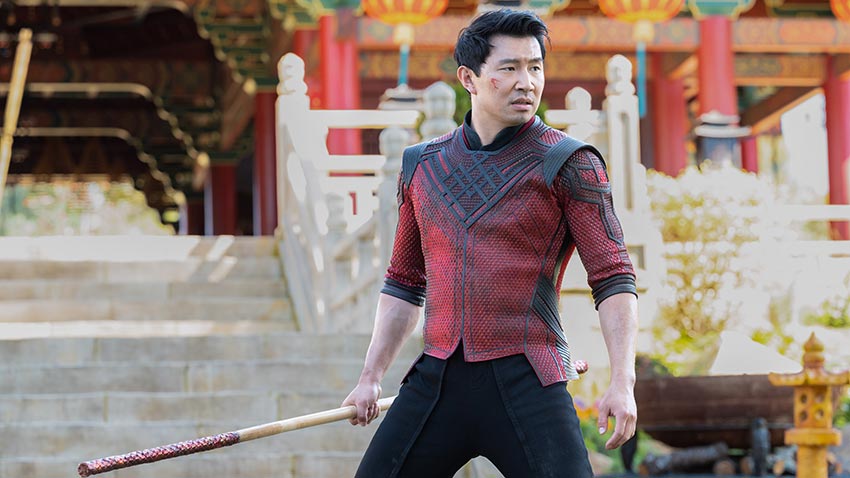 A new trailer for Marvel's SHANG-CHI AND THE LEGEND OF THE TEN RINGS arrived Thursday, and a character at the end of the trailer set comic book and Hulk fans into a whirlwind. Watch the new trailer, and see fan reactions.

Marvel Studios’ SHANG-CHI AND THE LEGEND OF THE TEN RINGS stars Simu Liu as Shang-Chi, the next in line to lead an evil organization known as the Ten Rings. The film also stars Tony Leung as Wenwu, Awkwafina as Shang-Chi’s friend Katy and Michelle Yeoh as Jiang Nan, as well as Fala Chen, Meng’er Zhang, Florian Munteanu and Ronny Chieng.

Another star may also be one who appears at the end of the trailer. Fans of Twitter are speculating the monstrous creature in the ring is the Hulk's arch enemy, an anatomically correct Abomination.

SHANG-CHI AND THE LEGEND OF THE TEN RINGS opens September 3.

THE TEN RINGS, DRAGONS, ABOMINATION RETURNING, VISUALS?? this is what you get for underestimating #shangchi yeah… pic.twitter.com/bSHi0ui892

Abomination is in the Shang-Chi movie so now it’s a good time to remind you that The Incredible Hulk is the most underrated MCU movie pic.twitter.com/8cdDifjLIV

They definitely gave Abomination a more closer resemblance to his comic book look than how he appeared in Incredible Hulk. He’s evolving #ShangChi pic.twitter.com/GctlSBZvqM

YO, DID I JUST SEE ABOMINATION FROM INCREDIBLE HULK IN THE NEW SHANG CHI TRAILER?