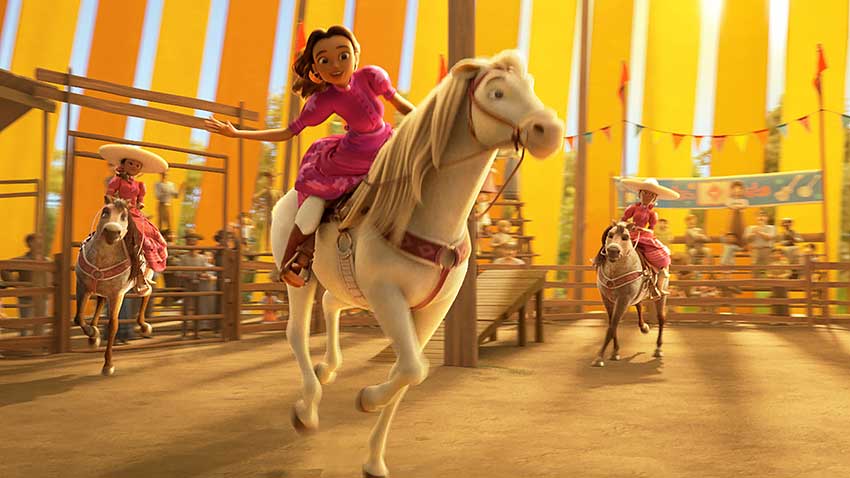 Universal Pictures released a new trailer for the Dreamworks' film SPIRIT UNTAMED starring probably the first Latina for an animated film. Watch the new trailer below.

SPIRIT UNTAMED is the story of a young girl named Lucky and a wild horse named Spirit. The film is an "adventurous quest of friendship and self-discovery."

This may be the first time an animated feature film stars a Latina lead. It also includes representation of charros, a Mexican style of horse riding. The animated flick oozes with a color palette often associated with Mexico.

SPIRIT UNTAMED will be released in theaters June 4.

Join Lucky and Spirit in their adventurous quest of friendship and self-discovery in theaters Friday, June 4, 2021. The film stars Isabela Merced as Lucky with participation from Eiza Gonzalez, Jake Gyllenhaal, Marsai Martin, and Julianne Moore.