New 'The Walking Dead' Extended Season 10 Trailer: Maggie is out for Blood 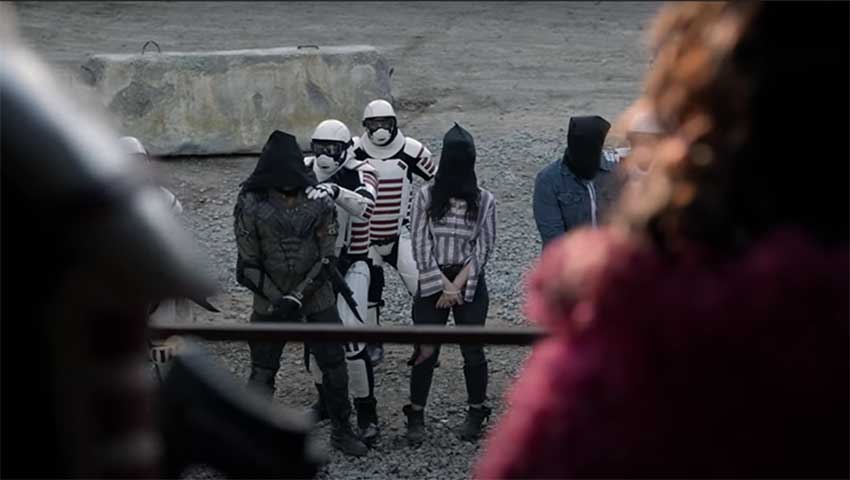 The Walking Dead is returning with an extended 10th season with six new episodes Sunday, February 28. In the new trailer, we get a glimpse of Maggie (Lauren Cohan) and Glenn's grown son as she returns seeking revenge against Negan. The preview also reveals stormtrooper-like militia and Robert Patrick joins the cast. The synopsis also reveals Jeffrey Morgan's wife, Hilarie Burton Morgan will be playing Neegan's wife Lucille most likely in flashbacks.

As usual, the new episodes will debut early on AMC+ every Thursday before the Sunday premiere starting February 25.

In these six new episodes, we find our survivors trying to pick themselves up by their bootstraps following the destruction the Whisperers left in their wake. The years of struggle weigh upon them as past traumas surface, exposing their more vulnerable sides. As they question the state of humanity, the state of their collective community, and the states of their minds, will they find the inner strength to persevere with their lives, friendships, and group intact?

New guest stars featured in these episodes include Robert Patrick (Terminator 2: Judgment Day, Perry Mason, Scorpion) as “Mays” and Hilarie Burton Morgan (One Tree Hill, White Collar, Friday Night In with the Morgans) as “Lucille,” along with new co-star Okea Eme-Akwari (Greenland, Cobra Kai) as “Elijah,” among others.