New This Week: Katie Holmes and Josh Lucas in 'The Secret: Dare To Dream'

Katie Holmes, Josh Lucas and Jerry O'Connell star in THE SECRET: DARE TO DREAM, a new film coming to On Demand. Based on the best-selling book, THE SECRET, a mysterious man appears in a widow's life and her children. From the director Andy Tennant (SWEET HOME ALABAMA, HITCH) comes another romantic comedy. Watch the trailer.

The plot reads like a thriller when an unexpected guest arrives bearing a secret in an envelope, but the new preview reveals his mysterious appearance isn't sinister. Given it's based on the popular books THE SECRET, the story follows along the principles taught in the self-help books about laws of attraction and changing a person's life through thoughts.

The rental cost for THE SECRET: DARE TO DREAM is $19.99 on Apple TV, Amazon, Prime Video, VUDU and VOD starting July 31. 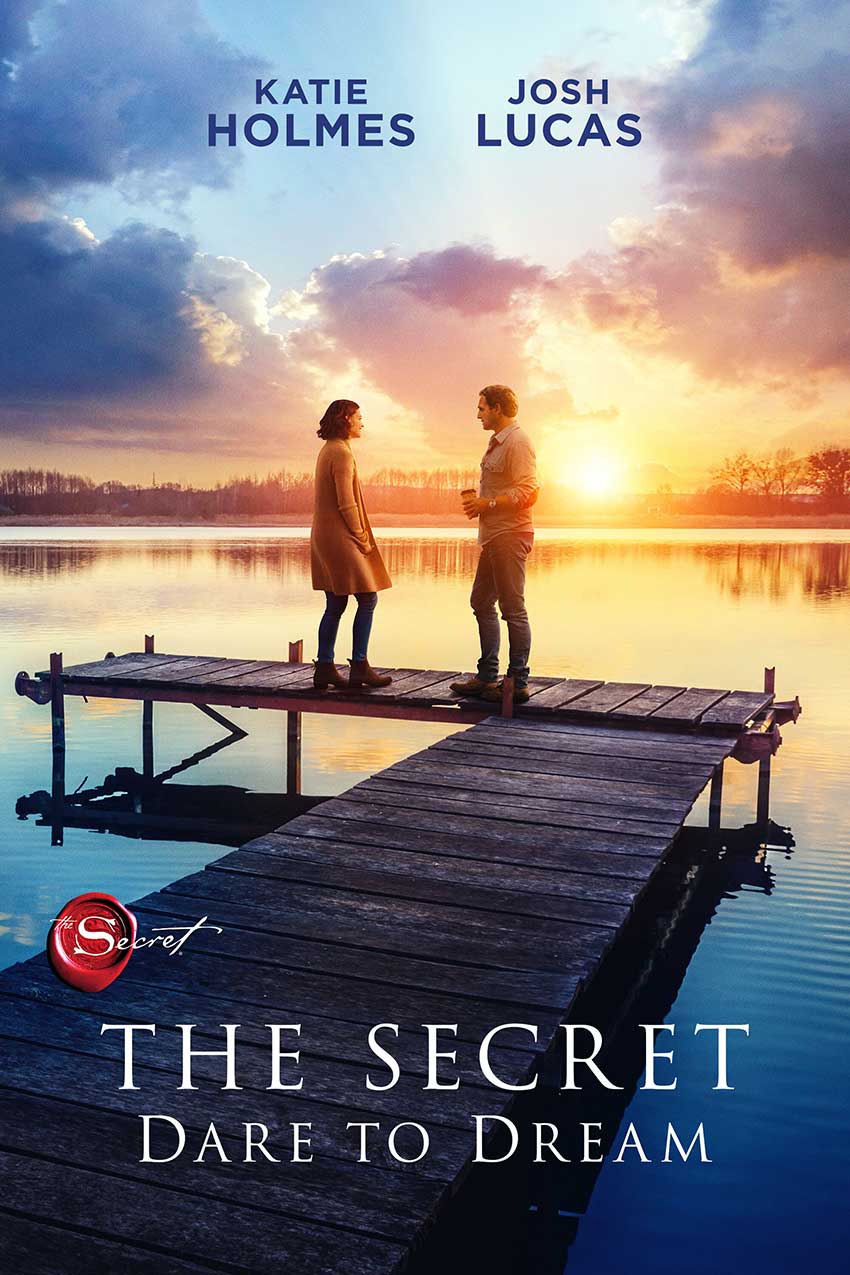 The secret to life will be discovered in homes everywhere when the uplifting and hope-filled film THE SECRET: DARE TO DREAM arrives Friday, July 31 on Premium Video on Demand. The feel-good romantic drama starring Katie Holmes, Josh Lucas, and Jerry O’Connell explores hope and gratitude in one’s darkest days, and reminds us that it’s never too late to believe again.

Based on the groundbreaking best-selling book about the law of attraction by Rhonda Byrne, THE SECRET: DARE TO DREAM follows Miranda (Holmes), a young widow trying to make ends meet while raising her three children and dating her boyfriend (Jerry O’Connell). A devastating storm brings an enormous challenge and a mysterious man, Bray (Josh Lucas), into Miranda’s life. Bray reignites the family’s spirit but, unbeknownst to Miranda, also holds an important secret — one that will change everything. With its timeless messages of hope, compassion, and gratitude, THE SECRET: DARE TO DREAM is an inspiring and heartwarming film that shows how positive thoughts can transform our lives.