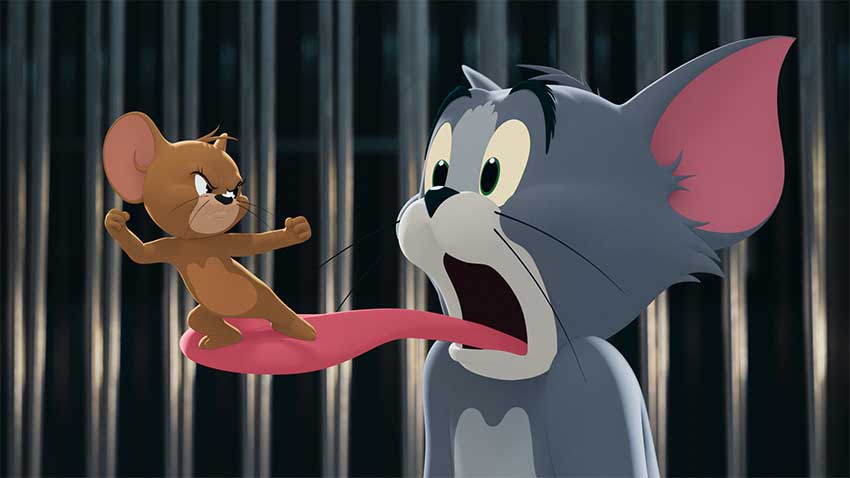 TOM & JERRY, the most famous cat and mouse from the Hanna Barbera animated shorts, get a live-action hybrid movie starring alongside human actors Chloe Grace Moretz and Michael Peña. Warner Bros. has released a new trailer, and fans like myself don't know what to make of it. This cat-and-mouse game doesn't quite translate.

The cartoonish antics of the beloved duo is lost in translation with humans in the mix. While we're fans of Chloe Grace Moretz and Michael Peña, their presence makes for an awkward preview.  In addition, the animated characters look out of place in the big city for this rural dwellers.

The TOM & JERRY movie is much in the same vain as THE SMURF and CHIPMUNK film adaptations which were live-action hybrids. Although clearly targeted towards families and young children, the franchises lost adult fans who grew up with the television cartoons. Clearly, these adaptations are cash cows which is why studios keep making them regardless if it turns off original fans.

One of the most beloved rivalries in history is reignited when Jerry moves into New York City’s finest hotel on the eve of “the wedding of the century,” forcing the event’s desperate planner to hire Tom to get rid of him, in director Tim Story’s “Tom and Jerry.”  The ensuing cat and mouse battle threatens to destroy her career, the wedding and possibly the hotel itself. But soon, an even bigger problem arises: a diabolically ambitious staffer conspiring against all three of them.

An eye-popping blend of classic animation and live action, Tom and Jerry’s new adventure stakes new ground for the iconic characters and forces them to do the unthinkable… work together to save the day.

The film is directed by Tim Story (“Fantastic Four,” “Think Like a Man,” “Barbershop”) and produced by Chris DeFaria (“The LEGO Movie 2,” “Ready Player One,” “Gravity”).