Kevin Hart pairs up with an unlikely cohort in DIE HART, a new Quibi series that riffs on the DIE HARD title. Watch the new trailer with Kevin Hart playing a fictionalized version of himself starring opposite John Travolta.

DIE HART also stars Nathalie Emmanuel (“Game of Thrones”), Jean Reno and Josh Hartnett. In Quibi's new series, Hart is tired of playing the comedic sidekick and wants to headline his own action movie. When he's offered a leading role as an action hero, he must prepare by going to action star school run by Travolta. And then comedy ensues, of course. 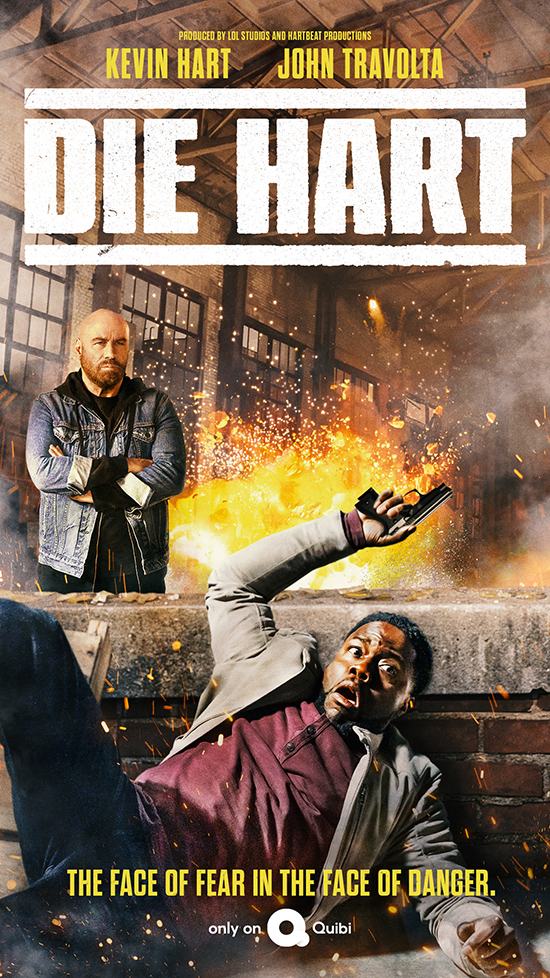 Official Synopsis:
In DIE HART, Kevin Hart plays a fictionalized version of himself who’s tired of being the comedic sidekick. He gets his wish when a famous director offers him his dream – to be a leading man action star – but there’s a catch: Kevin must first train at the world’s greatest action star school, run by a lunatic. Pushed to his limits by this action school coach and a tough-minded rival student (Nathalie Emmanuel) Kevin must survive a series of hilarious, over-the-top action sequences and face his fears if he wants to achieve his dream and land the role of a lifetime.