After being sent away by her stepmother, Claire (Lou de Laâge) discovers her sexuality with seven men in a local town. It's an odd twist to the classic fairytale story.

WHITE AS SNOW will run for a one-week engagement in NY and Los Angeles starting August 13. 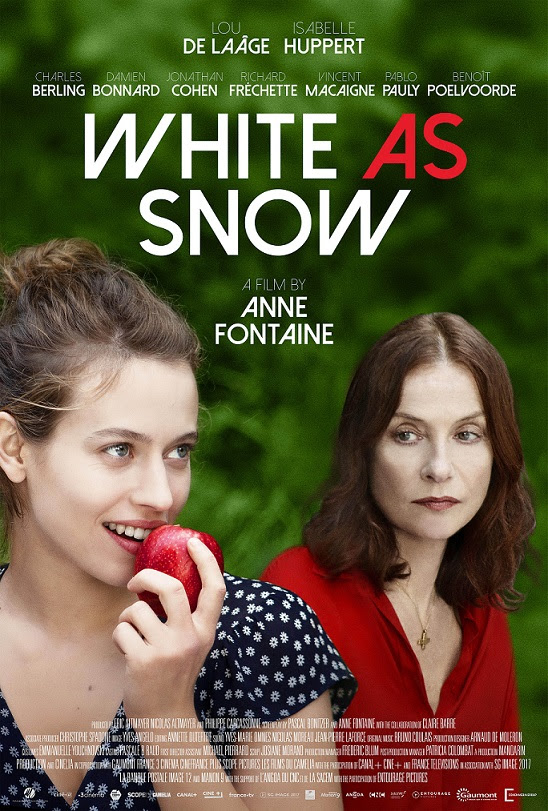 When Claire (Lou de Laâge), a beautiful but reserved young woman unwittingly provokes the furious jealousy of her evil stepmother Maud (Isabelle Huppert), life as she knows it is over. Sent far away from home, Claire awakens, both figuratively and literally, in a small village in the French mountains. As if by magic, her formerly shy demeanor is gone and she is suddenly aware of her feminine power. It’s the beginning of a radical emancipation. As Claire meets the locals and starts to take joy in her sexuality, soon one, two, three... seven men fall under her charm. For the first time in her life, she allows herself to indulge in no-strings sex, taking pride in belonging to no one. But then Maud arrives wanting to reconnect, and Claire must decide who to trust—her sophisticated but cold stepmother, or the circle of adoring men that now surround her.

This latest film from director Anne Fontaine has the picturesque look of a storybook but beneath the elegant visuals is a sensual dark comedy about female liberation. Huppert delivers a fascinating portrait of a mother threatened by the sexual freedom of the millennial woman. And de Laâge is a revelation as Claire, the insouciant heroine of this carnal contemporary fairy tale.