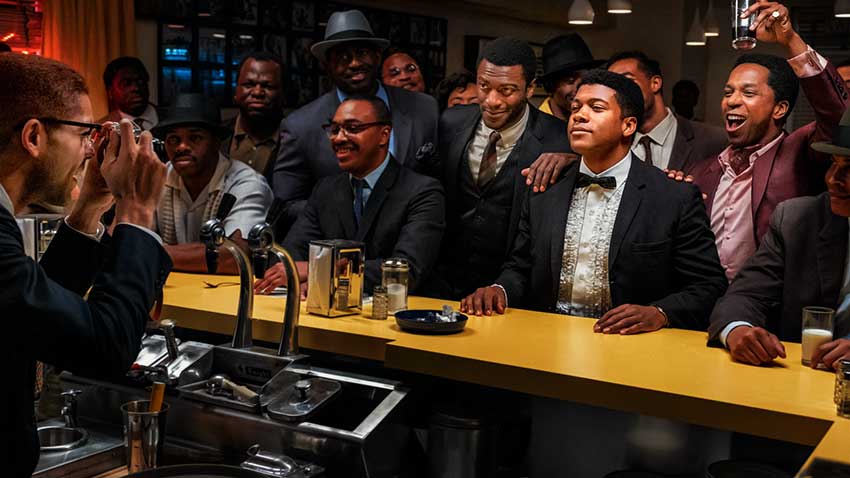 Amazon Studios announced Thursday they've acquired Regina King's ONE NIGHT IN MIAMI, her directorial film debut. Based on true events, the film centers on Muhammad Ali's friendship with Malcom X, football star Jim Brown and singer Sam Cooke one night after winning his first World Heavyweight Boxing match in 1964 when segregation laws kept him away from the celebrations.

Regina King gets behind the camera to tell just one of the stories in the fight for civil rights. While no release date was announced in the official press release, Amazon plans to release it later this year in time for awards season.

ONE NIGHT IN MIAMI is set on February 25, 1964. The film takes place in one night when Ali was then known as Cassius Clay, and he just became "The Champ." After the fight in Miami Beach, he's unable to attend the parties celebrating his victory because of Jim Crow-era laws. Instead Ali and his close friends Malcolm X, singer Sam Cooke and football icon Jim Brown partied at a hotel in one of Miami's black neighborhoods. There they were determined to forge a path to make a difference in the fight for civil rights.

Set on the night of February 25, 1964, the story follows a young Cassius Clay (before he became Muhammad Ali) as he emerges from the Miami Beach Convention Center the new World Heavyweight Boxing Champion. Against all odds, he defeated Sonny Liston and shocked the sports world. While crowds of people swarm Miami Beach to celebrate the match, Clay - unable to stay on the island because of Jim Crow-era segregation laws - instead spends the night at the Hampton House Motel in one of Miami's historically black neighborhoods celebrating with three of his closest friends: activist Malcolm X, singer Sam Cooke and football star Jim Brown. The next morning, the four men emerge determined to define a new world for themselves and their people.

In ONE NIGHT IN MIAMI, Powers explores what happened during these pivotal hours through the dynamic relationship between the four men and the way their friendship, paired with their shared struggles, fueled their path to becoming the civil rights icons they are today.

ONE NIGHT IN MIAMI beautifully captures a significant moment in history when these great minds gathered and ultimately helped shape the conversation of what we know today as the civil rights movement,” said Head of Amazon Studios’ Jennifer Salke. “Regina King is a force of nature – mastering her craft in front of the camera as we’ve seen in her extensive body of work, and now taking her talent behind the camera. We’re so proud to welcome Regina and Kemp to the Amazon family.”

King said, “Amazon's enthusiasm for ONE NIGHT IN MIAMI is both humbling and exciting. I am honored to have them as partners on my feature film directorial debut.”

ICM Partners represents Regina King and negotiated the deal on behalf of the filmmakers. King is also represented by attorney Nina Shaw and managed by John Carrabino