'Settlers' Poster and Trailer: The Wild Wild West on Mars

Sofia Boutella (THE MUMMY, ATOMIC BLONDE), Jonny Lee Miller (TRAINSPOTTING), Brooklyn Prince (THE FLORIDA PROJECT), and Ismael Cruz Córdova (Ray Donovan, The Undoing) star in the sci-fi thriller, SETTLERS. The setting is the Martian Frontier in what seems like the Wild Wild West as settlers fight for a piece on the red planet. Watch the new trailer.

First-time feature film filmmaker Wyatt Rockefeller produced SETTLERS under the NYU Production Lab mentorship program. The commercial and documentarian director brings a classic western style to the sci-fi project. The synopsis below describes the family in the preview as a "refugee family from Earth" looking for a better life on Mars until marauders show up and threaten their piece of land.

SETTLERS from IFC Midnight will open in select theaters and everywhere you rent movies on Friday, July 23, 2021. 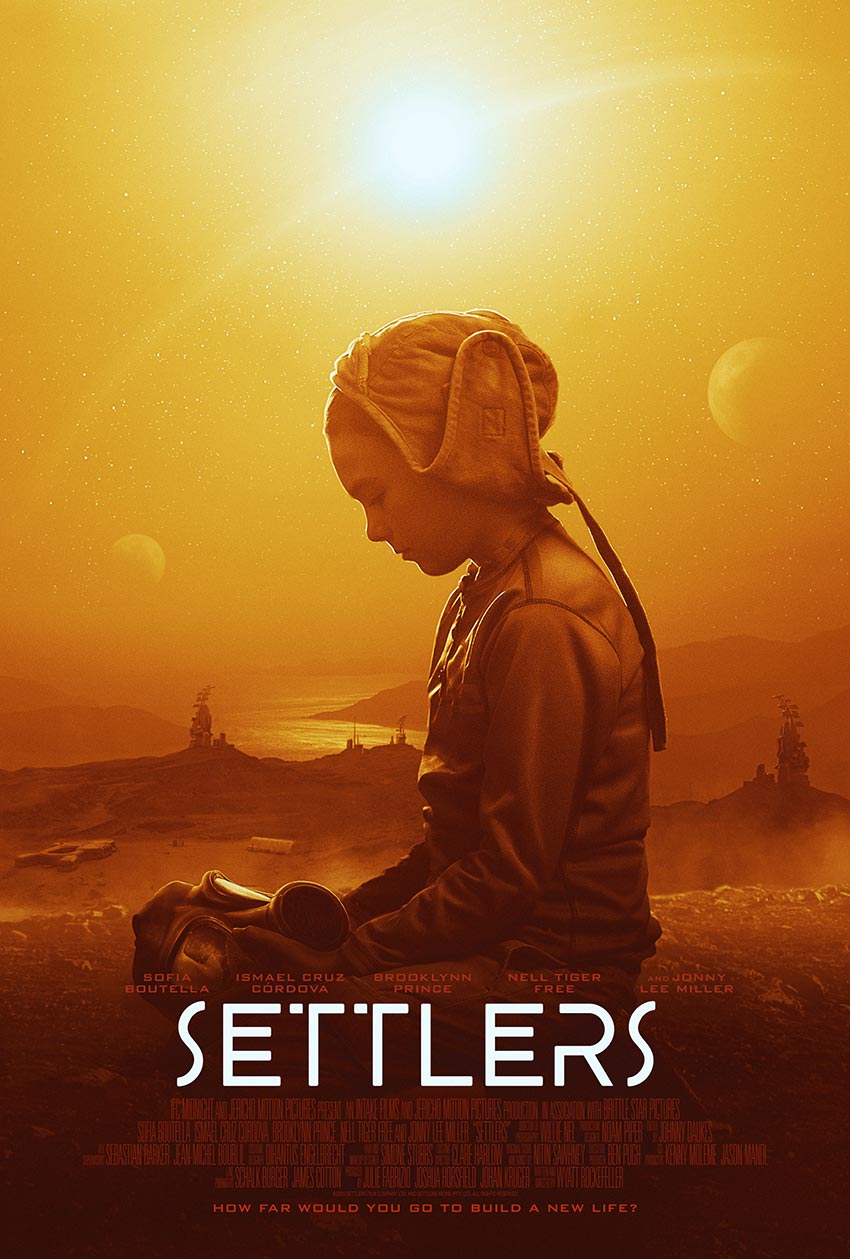 More on SETTLERS and director Wyatt Rockefeller
On a remote homestead amongst the Martian frontier, a refugee family from Earth clings to hope for a better life. But when strangers appear in the surrounding hills and attempt to run them off, nine-year-old Remmy (Brooklynn Prince, THE FLORIDA PROJECT) is faced with the desperate reality her mother (Sofia Boutella, THE MUMMY) and father (Jonny Lee Miller, TRAINSPOTTING) have tried so hard to keep from her.

An eye-catching sci-fi thriller with elements of the classic western, SETTLERS was filmed on location in the isolated desert area of Vioolsdift, situated in the Northern Cape in South Africa. London-based filmmaker Wyatt Rockefeller's feature film debut, SETTLERS is among the NYU Production Lab's slate of supported projects. Rockefeller received a dual MBA-MFA in film at NYU and has written, directed, and produced numerous short films, commercials, and documentaries.