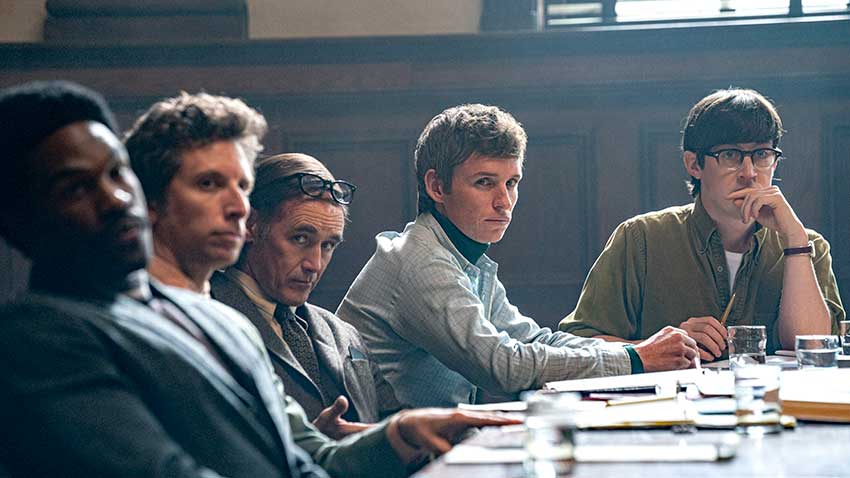 One of the most notorious trials in history is told in a new Netflix film, THE TRIAL OF THE CHICAGO 7, written and directed by Academy Award®-Winner Aaron Sorkin. The story centers around seven protest organizers charged with inciting a riot at the 1968 Democratic National Convention were put on trial. The star-studded cast includes Sacha Baron Cohen, Joseph Gordon-Levitt, Michael Keaton, Frank Langella, Eddie Redmayne, Mark Rylance, Jeremy Strong, Kelvin Harrison Jr. (WAVES) and Yahya Abdul-Mateen II. Watch the new trailer.

The events in the film seem timely with an upcoming election and demonstrations around the United States. Back in 1968, the hot button issue was the Vietnam war and racism. What was meant as a peaceful protest outside the Democratic National Convention in Chicago turned into a riot after the police tried to break it up. Sound familiar?

THE TRIAL OF THE CHICAGO 7 is in select theaters in September and on Netflix October 16, 2020

What was intended to be a peaceful protest at the 1968 Democratic National Convention turned into a violent clash with police and the National Guard. The organizers of the protest—including Abbie Hoffman, Jerry Rubin, Tom Hayden and Bobby Seale—were charged with conspiracy to incite a riot and the trial that followed was one of the most notorious in history.

Watch The Trial of the Chicago 7: https://Netflix.com/TheTrialoftheChicago7