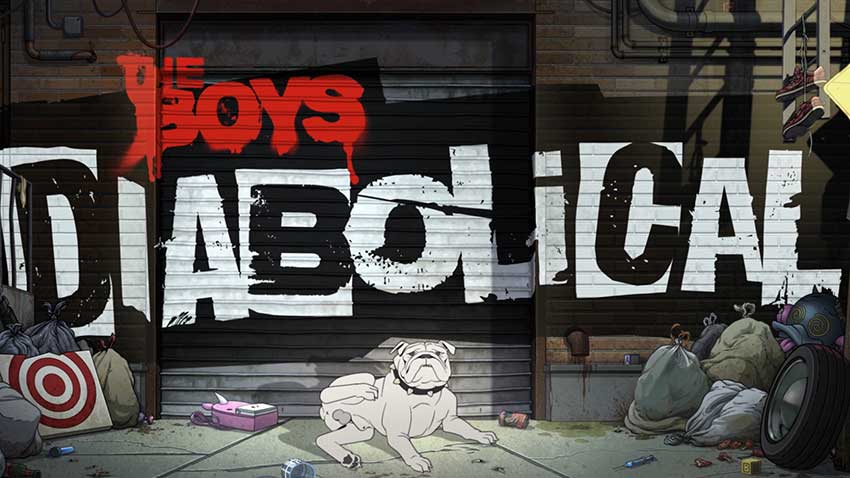 The Boys animated spin-off The Boys: Diabolical boasts a great cast list as revealed in a new teaser trailer for the animated anthology series. Take a look.

The Boys: Diabolical will premiere March 4 on Prime Video. The show is described as "fun-size" 12-14 minute episodes each with a unique animation style that will expand the The Boys universe with never before seen stories crafted by Awkwafina, Garth Ennis, Eliot Glazer and Ilana Glazer, Evan Goldberg and Seth Rogen, Simon Racioppa, Justin Roiland and Ben Bayouth, Andy Samberg, and Aisha Tyler.

The Vought-A-Burger-themed teaser introduces some of the characters featured in the anthology series.

The Boys is based on The New York Times best-selling comic by Garth Ennis and Darick Robertson and was developed by executive producer and showrunner Eric Kripke.