Matthew Vaughn returns to direct the third installment of THE KING'S MAN with an all new cast. The King’s Men origin story stars Ralph Fiennes in a role that gives us deja vu from his time as a spy in the 1998's THE AVENGERS.  We also get a first glimpse of his costars Gemma Arterton, Matthew Goode, Tom Hollander, Daniel Brühl and Djimon Hounsou. Watch the new trailer.

THE KING'S MAN will be released in movie theaters September 18 amid the COVID-19 pandemic. Only time will tell if movie audiences are willing to take a risk to watch a movie. By the time September rolls around, movie theaters would've have been opened two months and movie studios may once again assess whether the risk is worth it. 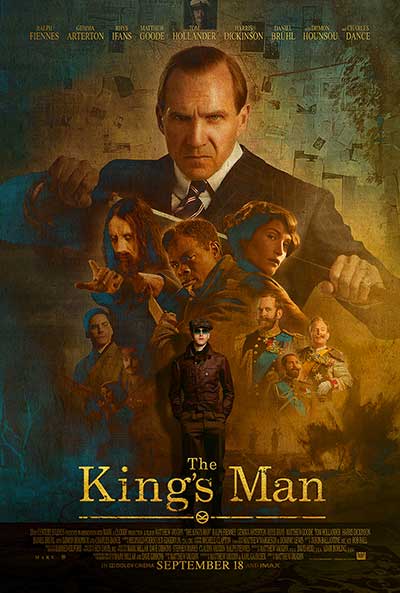 Synopsis
As a collection of history's worst tyrants and criminal masterminds gather to plot a war to wipe out millions, one man must race against time to stop them. Discover the origins of the very first independent intelligence agency in THE KING'S MAN.