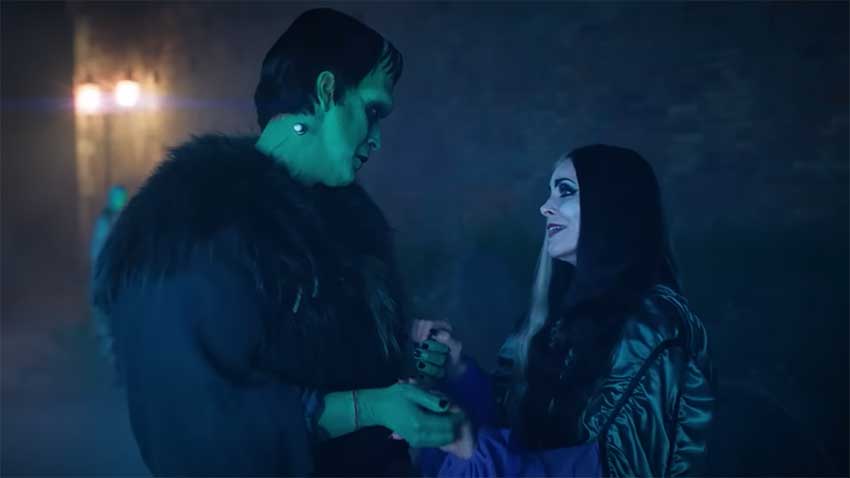 Rob Zombie reboots the classic 60s show The Munsters into an origins story around Lily and Herman's courtship, and their move from Transylvania to Hollywood. Zombie's vision of The Munsters looks less like the original series and more of a throwback to the Sid and Marty Krofft series.

Zombie's wife and frequent leading lady Sheri Moon Zombie portrays Lily Munster and Jeff Daniels Phillips is Herman Munster. Neither actor resembles the original characters except for the wardrobe but Daniel Roebuck is spot on.

Zombie's take is a throwback to the campy 70s television shows like H.R. Pufnstuf, and other series from Sid and Marty Krofft. Seeing The Munsters in that light is off-putting but it's obvious what the director/writer was going after. It won't be everyone's cup of tea with the dated look but The Munster fans will no doubt take a peek.