A special 30-second spot for Jordan Peele's NOPE is currently airing during the NBA playoff games exclusively on ESPN and ABC starring Stephen Curry. The tv spot isn't a scene from the movie rather it's inspired by a scene with Curry as the star but he's not in the horror flick.

From Universal Pictures and Jordan Peele’s Monkeypaw Productions, NOPE stars Daniel Kaluuya (GET OUT, JUDAS AND THE BLACK MESSIAH), Keke Palmer (HUSTLERS, ALICE) and Steven Yeun (The Walking Dead, MINARI, OKJA) as residents in a small rural town who are facing some kind of alien invasion, so it seems. Given it's Jordan Peele that assumption might be incorrect. 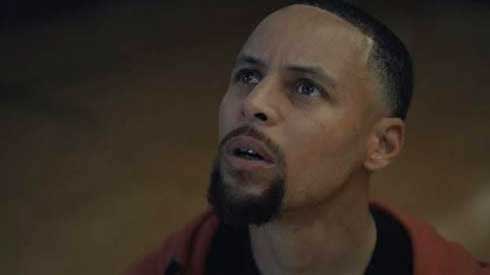