Barbie Coming To The Big Screen in Live Action Movie 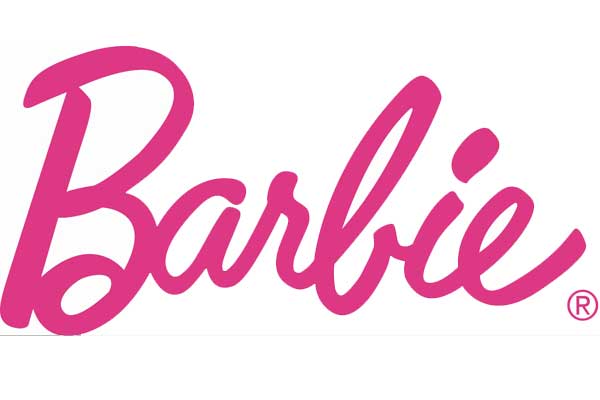 The Mattel doll is finally getting her big screen treatment with a live action movie planned for the 55 year-old Barbie.  Sony Pictures announced today their partnership with Mattel for a live action comedy featuring the iconic character and their plans to go into production at the end of 2014.

According to the press release, the script for Barbie's movie adventure is already in pre-production with a script by Jenny Bicks (Rio 2, Sex and the City, The Big C).  How will it encompass the various Barbie versions?  The announcement says it will incorporate the different Barbie incarnations as part of the plot which involves Barbie inspiring others.  "Barbie will inhabit many of these roles, utilizing her personal and professional skills to inspire change in the lives of everyone around her," says the release.

The planned franchise will be produced by veteran Hollywood producers and husband and wife team Walter F. Parkes and Laurie MacDonald (Gladiator, Men in Black, Flight).  No director was mentioned in the release.

Now the question remains, which actress should play Barbie?

For more about the announcement, read the official press release below.

CULVER CITY, Calif., April 23, 2014 – Sony Pictures Entertainment, Mattel and Parkes+MacDonald/Image Nation today announced a partnership on a live-action comedy featuring the beloved and dynamic icon Barbie.  The studio sees this as its next big, global franchise and plans to go into production by the end of the year.  Written by Jenny Bicks and produced by Walter F. Parkes and Laurie MacDonald, the film will be executive produced by Parkes+MacDonald’s president Marc Resteghini alongside Julia Pistor, who will executive produce for Mattel’s Playground Productions.

From princess to president, mermaid to movie star, Barbie® has done it all – through her more than 150 careers, she has gained valuable experiences and shown her fans that anything is possible for a modern woman.  In her live-action big screen debut, Barbie will inhabit many of these roles, utilizing her personal and professional skills to inspire change in the lives of everyone around her.  This comedic and contemporary film marks the second collaboration between Sony Pictures and Mattel, which are currently developing a film adaptation of Masters of the Universe, based on Mattel’s popular action figures.

Commenting on the announcement, Hannah Minghella, Columbia Pictures’ president of Production, said “We’ve always thought that the Barbie story had great potential, but a universe of possibilities opened up when Jenny, Walter and Laurie brought us their unexpected, clever, and truly funny concept.  It captures everything that has made Barbie a classic for generation after generation while also standing on its own, establishing Barbie as a truly original screen character.  We’re confident that Barbie will delight audiences, no matter where her adventures take her.”

Parkes and MacDonald added, “While it's an overused word, Barbie truly is a legend, a cultural symbol whose career choices have been as unlimited as her wardrobe.  She is about empowerment, but never at the expense of fun.  Our hope is to capture all of these aspects of Barbie in a modern take of the character that can appeal to moviegoers of all ages."

“Barbie has entertained children and inspired their imagination and creativity for more than 50 years.  Now is the right time in Barbie’s celebrated history for her to star in a live-action, contemporary comedy that brings her playful personality to life for generations of fans,” said Tim Kilpin, EVP Global Brands, Mattel.

The deal was brokered by CAA on behalf of Mattel and Parkes+MacDonald, by UTA on behalf of Jenny Bicks and by Michael Marshall for Sony Pictures Entertainment.

WALTER F. PARKES and LAURIE MacDONALD are the husband and wife team who hold the unique distinction of having helped to create DreamWorks, the first new studio in five decades, as well as being two of the most active producers working today.  Films produced or executive-produced by Parkes & MacDonald include Gladiator, Amistad, Men In Black I & II, Minority Report, The Mask of Zorro, Catch Me If You Can, Lemony Snicket’s A Series of Unfortunate Events, The Terminal, Road to Perdition, The Ring, The Kite Runner, and Stephen Sondheim’s musical thriller, Sweeney Todd: The Demon Barber of Fleet Street, among many others.  In total, films produced or executive-produced by Parkes and MacDonald have earned in excess of $6 billion in worldwide box office.  They most recently produced Men in Black 3 and Flight.