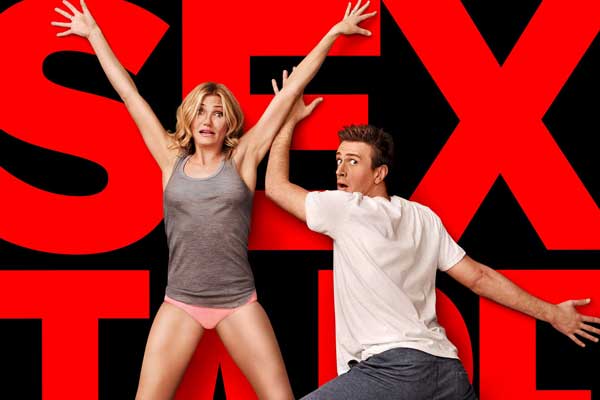 It's nothing we haven't seen before. Cameron Diaz in her underwear for a new movie with Jason Segel. Take a look at the new movie poster for  SEX TAPE.

Cameron Diaz apparently likes her tidy whities with numerous appearance in them in several films like Charlie's Angels.  Now she's spread out on a movie poster for a comedy with Jason Segel. As the movie title suggest, a sex tape is involved and the two play a married couple who make one, but it's leaked out and the hilarity ensues in getting it back before it goes viral 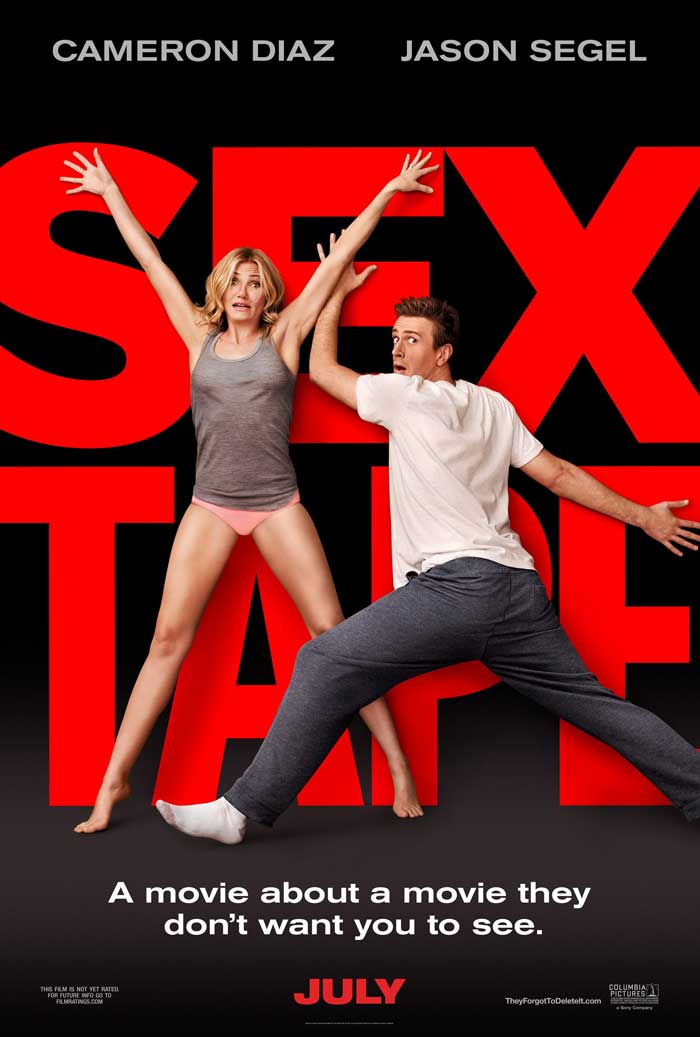 Official Synopsis:
When Jay (Jason Segel) and Annie (Cameron Diaz) first got together, their romantic connection was intense – but ten years and two kids later, the flame of their love needs a spark.  To kick things up a notch, they decide – why not? – to make a video of themselves trying out every position in The Joy of Sex in one marathon three-hour session.  It seems like a great idea – until they discover that their most private video is no longer private.  With their reputations on the line, they know they’re just one click away from being laid bare to the world... but as their race to reclaim their video leads to a night they'll never forget, they'll find that their video will expose even more than they bargained for.